Here are all of the challenges from the first week of Season 3:

Here's a cheat sheet with all of the challenge information on it. You can find more details below! Credit to SquatingDog for the image. 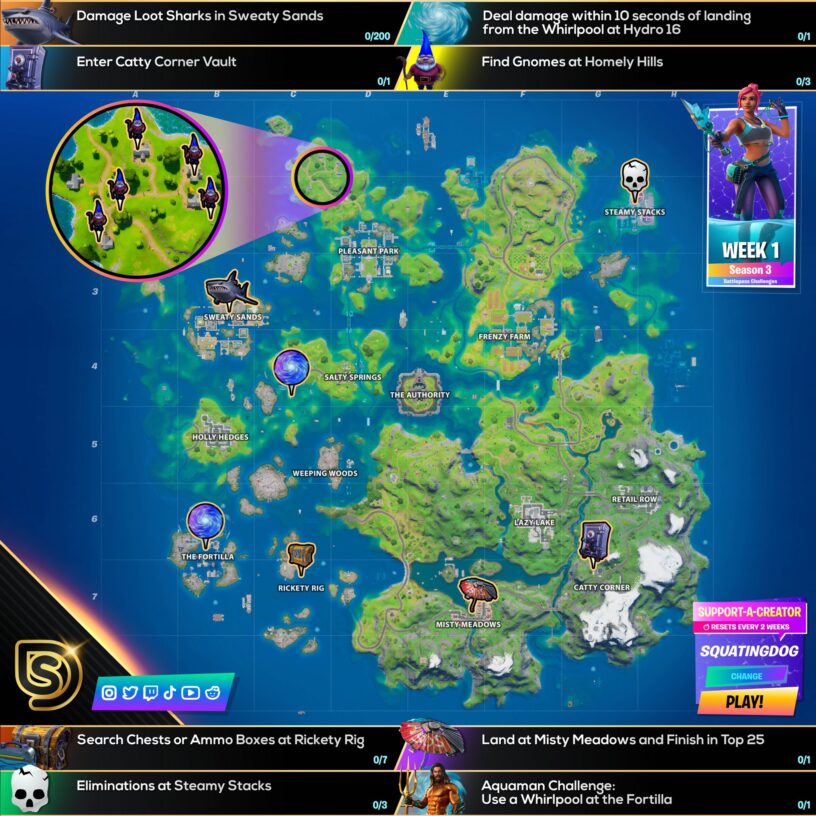 Just like the previous season, make sure you do any henchmen or vault based challenges in normal modes because they won't show up in Team Rumble!

Loot Sharks are one of the new mechanics added to the game. Not only can you deal damage to them to get some free items, you can even ride them if you know how (check out this guide)! Head on over to Sweaty Sands and you'll find some of these sharks patrolling the waters. Just deal some damage to them and you'll soon have completed this challenge.

Look for these huge swirling vortexes of terror that are all over the map. When you jump into the middle of one, you'll be launched into the air! You can then pull out your glider or skydive down quickly to an unsuspecting opponent to dish out some damage. These are fairly similar to rifts in previous seasons, but they don't get used up when you enter one. 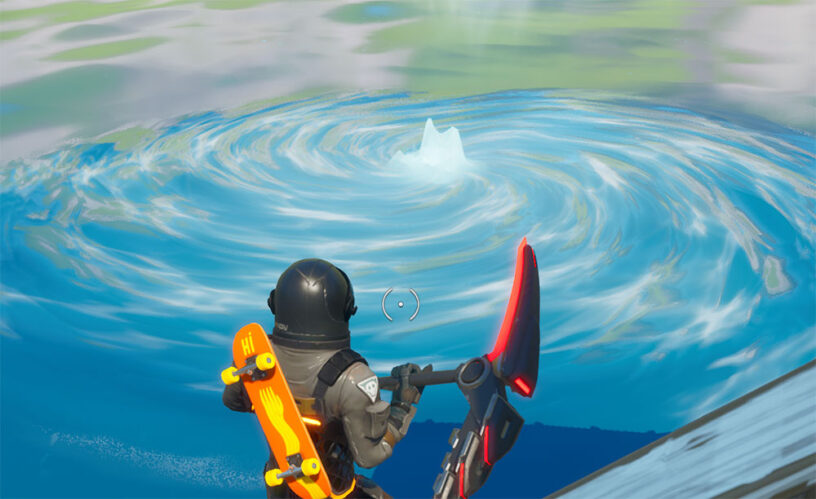 You'll find Catty Corner at the southeastern part of the map. You need to get the keycard from the Kit Boss you will find there. This is very similar to the bosses you've experienced in the previous season. You'll need to look out for henchmen, turrets, and other dangers. Take out Kit and he will drop the card. The vault is pretty easy to find, because the area is pretty open. If you need some additional help, check out this video:

The Homely Hills are a landmark area that isn't labeled on the map. You'll find them directly north of Pleasant Park! One of the gnomes can be found near a barbecue at the southwest part of the area. One is just north of that one near a tree, and the final one is to the east near a boulder! 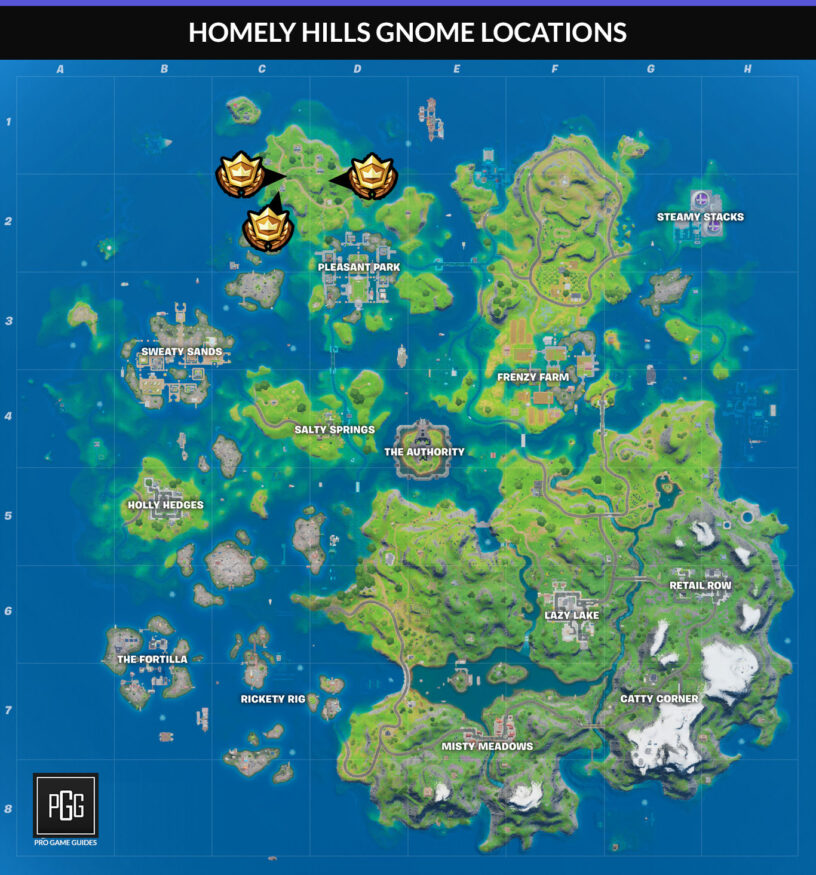 The Rickety Rig is a new POI that is located to the west of Misty Meadows. It's a large island area where you'll need to traverse through some water to get around.

Misty Meadows is to the very south of the map and is a fairly well-known area at this point. You can do these type challenges in Team Rumble, so head to that mode if you want an easier time of it. If you not, you can just land at misty and hide out for the majority of the game and usually make it to the top 25.

Pretty simple one, just head to Steamy Stacks and get some eliminations! I've been told that you can eliminate Loot Sharks and they will count towards this challenge.