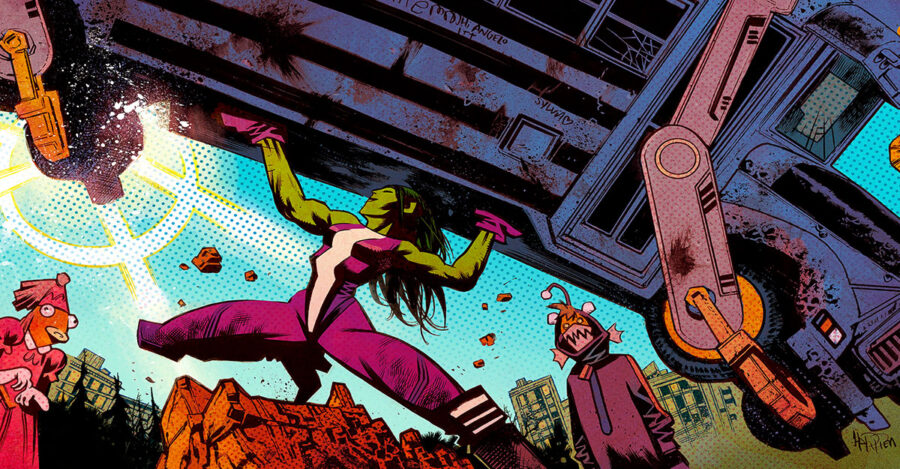 It is time for the second week of Chapter 2 Season 4 and that means there's more challenges to complete! The first week has been marked mostly by the addition of multiple new small POIs that are themed after particular superheroes. These don't really come into play at the moment, but it's likely we will be visiting them to complete some future challenges. This week's batch of tasks is largely pretty similar to what you've been completing in the past, so let's take a look at what you'll be doing!

Here's a list of all of the challenges you can complete in week 2:

There are usually seven challenges in total, so it's possible one of these will not be part of the list! Each challenge will reward you 25,000 XP toward your Battle Pass. You can get 50,000 Season XP if you complete the group challenges! These can be done collectively by people in your duo or squad whether you are friends or not. You can even head into a Team Rumble match with random fill and get credit when your teammates complete parts of the challenge!

Here’s a cheat sheet on how to complete all of the challenges! Credit to squatingdog. 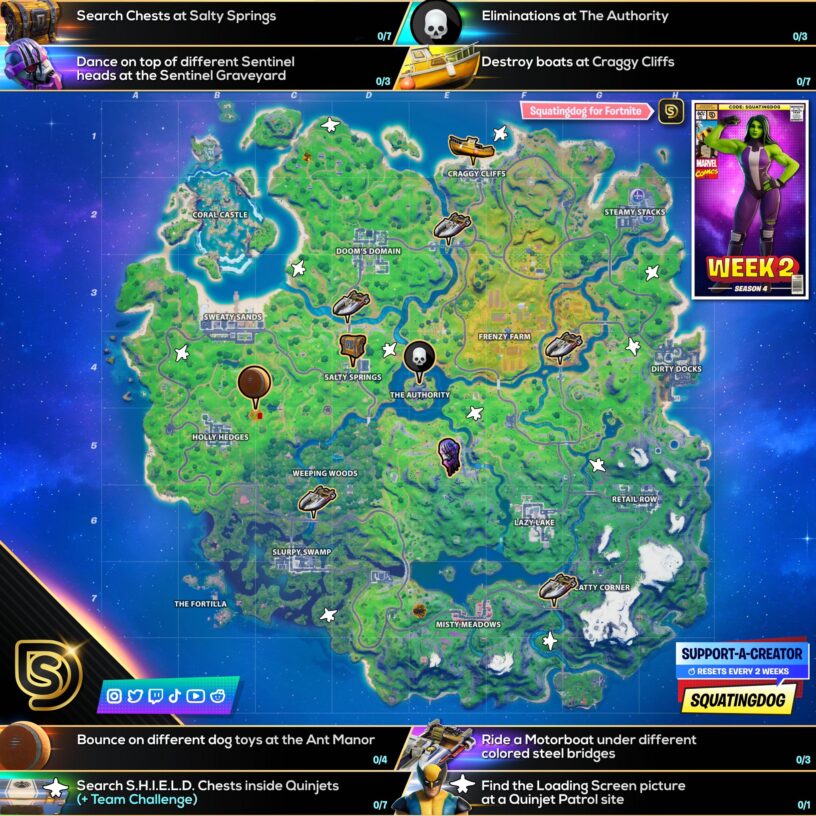 Just like before you will need to avoid Team Rumble for any challenges involving the Marauders, Stark Robots, or Henchmen. Credit to Fortnite.gg for the maps used in the information below.

Epic loves making you go to Salty Springs even though it is usually a wasteland of people hot dropping. Now that the spawn rates of chests is no longer 100%, this challenge is going to be quite annoying to complete. I still recommend Team Rumble for these, because at least you can guarantee yourself a few chests without having to battle for them. 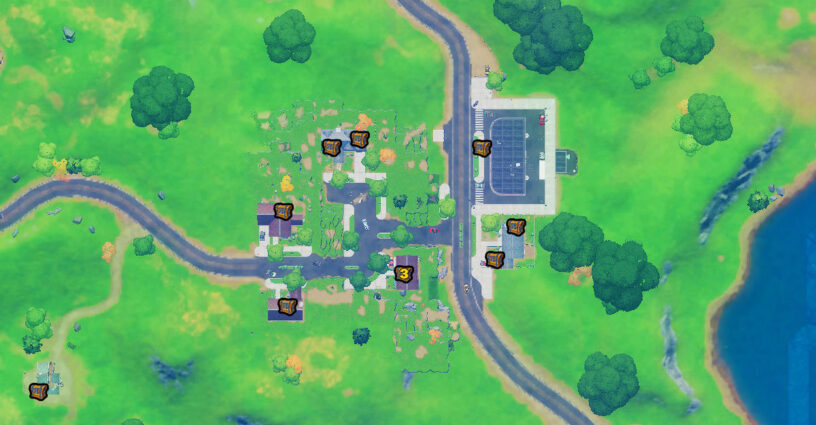 Get Three Eliminations at The Authority

The Authority was once the headquarters of the Ghost and Shadow factions, but now stands as a shell of itself that no one is currently occupying (except for a lonely henchman). You will have to hope some people land here or you can maybe get a circle in Team Rumble that could help you out.

The Sentinel Graveyard is located between Weeping Woods and Lazy Lake. The location is not labeled, but if you zoom in closely on the map you will see the large robots that were decimated by something or someone... likely Wolverine! Just stop by the area and jump on their heads to bust a move or two on to complete the challenge. 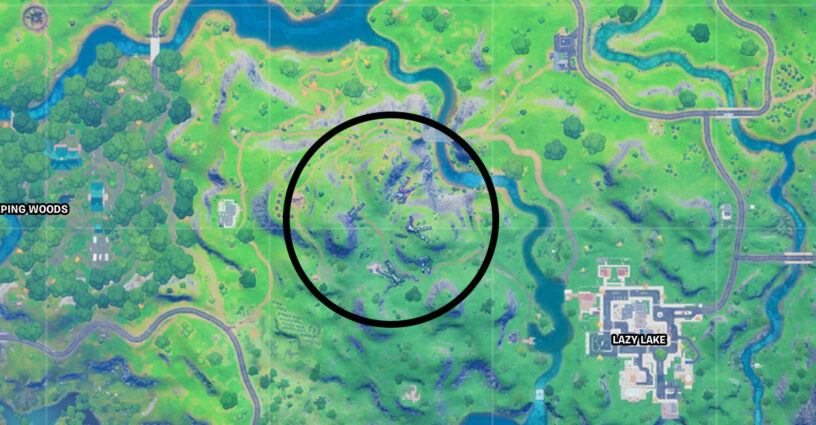 Craggy Cliffs is on the northern end of the map and there's quite a few boats around that can be destroyed. You will find a fair amount on the beach, but you can also find them hanging on the walls and inside of a few of the garages that are scattered around the area.

Bounce on Four different dog toys at the Ant Manor

Ant Manor is the new POI that can be found between Holly Hedges and Salty Springs. It's a large dog house with some tunnels for ants in which you will find some eggs in the underground. Head to that location and bounce off of the four different dog toys that can be found. They are mostly tennis balls which are pretty easy to find throughout the area. If you are having trouble, check out this video:

The colored bridges have been around for all of Chapter 2 of Fortnite, so you are likely familiar with them. There's no real convenient way to loop around the map to go under three of them, so you'll kind of just need to make your way around to whichever one is closest. Just make sure to land on one of the boats that spawn near the bridge of your choice. 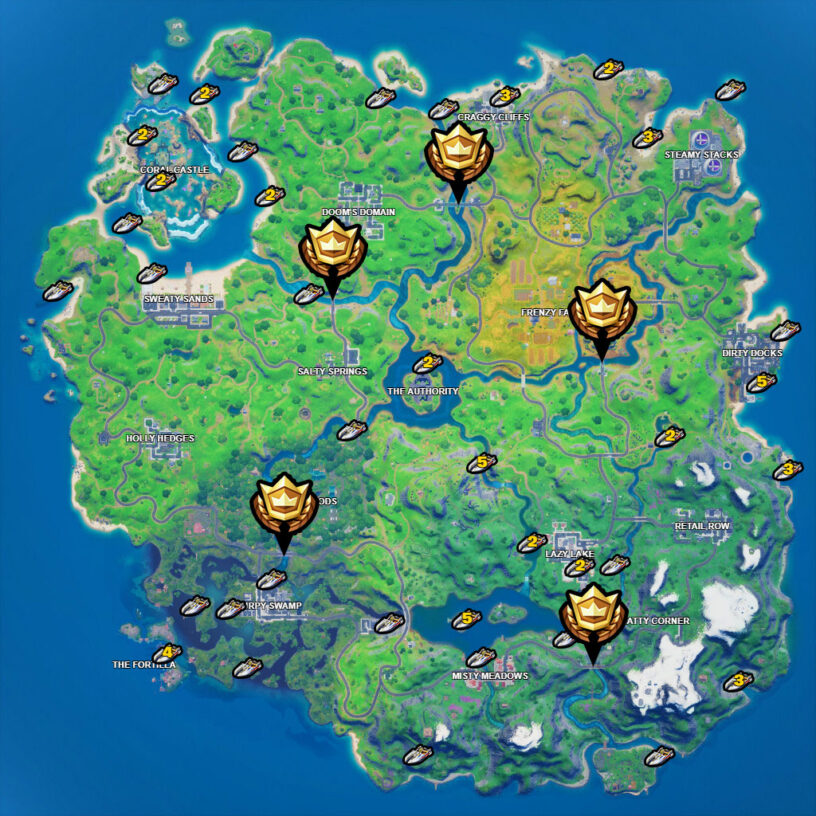 The Quinjets are those planes that fly by the battle bus at the beginning of the round. They land in around the same spots each game, but you can easily find them by looking at the map and finding the white jet icons. Once you have picked your location, head over there and go inside the plane and loot the big chest that spawns here. You can't do this challenge in Team Rumble unfortunately, because the chest doesn't spawn. While you are inside the jet, make sure to complete the Wolverine challenge that is further inside the jet! 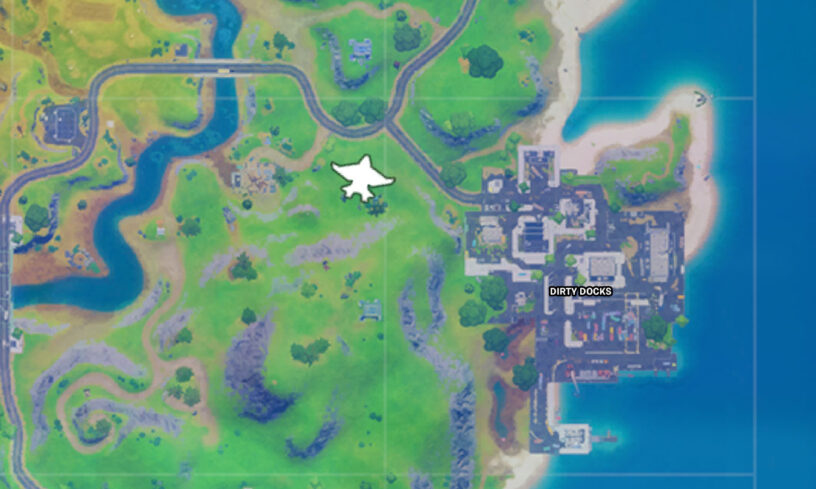