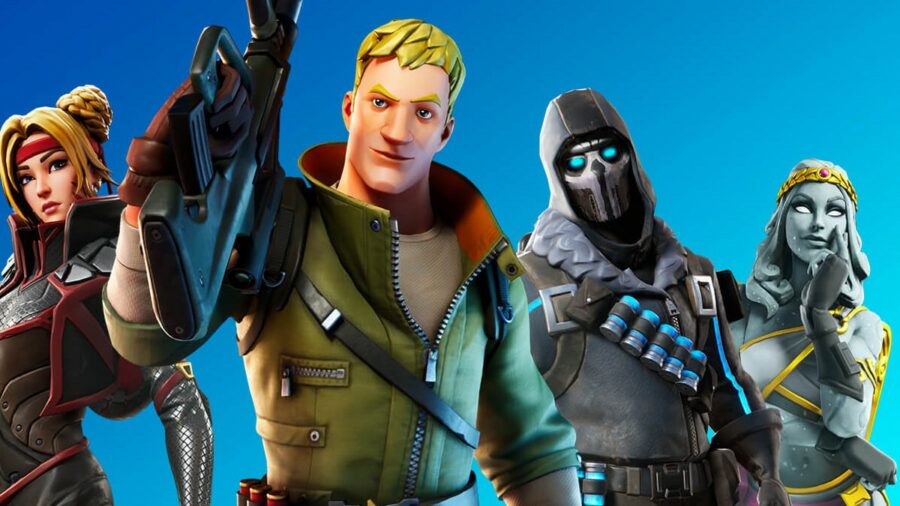 We finally have a new update for Fortnite! The last one dropped before Christmas, meaning we've gone pretty much over a month without any additional content for the Battle Royale, but we hope they had a good holiday break! Of course, we've had Operation Snowdown and Spy Within to keep most of us occupied. Now we need more content to keep us fulfilled!

The downtime for this Fortnite update will start at 3am CT (9am UTC) and will end roughly about 7 AM ET (12:00 UTC) though this may vary depending on how swiftly Epic can upload the patch. In other words, don't wait around for it, even if you're excited to play!

Here's where we will be detailing all of the updates and changes that have been added to the game. These are official patch notes that were sent out to content creators from Epic. Thanks, Merl!

If you're looking for leaked skins, we will have a full look at them right here. We'll update them as soon as new ones have been leaked.

Blow 'em away! The new Lever Action Shotgun is no peashooter - one well-aimed blast is enough to drop even the heartiest foe. Available in regular loot drops, pick one up and let us know what you think.

Look out below! Get the drop on your opponents with the new Exotic-class weapon, the Hop Rock Dualies. Lay down a few Bars and pick this up to shred through the enemy in dual-wielding, bouncing style.

Speaking of Exotics, their reduced price offer has been extended. Visit key Characters on the Island and trade in your Bars for these unique weapons, or try and collect 'em all in once match!

Something Stirs In The Jungle

The forest is moving... something's out there! The Secret Battle Pass Outfit stalks closer, leaving behind clues in the Stealthy Stronghold about who they are and what they might be planning.

We've heard your feedback in response to our Pre-Edits Options in 15.10 and have made adjustments to the setting. With 'Disable Pre-Edits' ON all player-built structures will be uneditable until actually placed in the environment, ensuring you get the right piece ever time.

The predator is rumored to be the next big bounty hunter coming to Chapter 2 Season 5, and this has now been technically confirmed with leaks of a new Predator Banner and Spray!