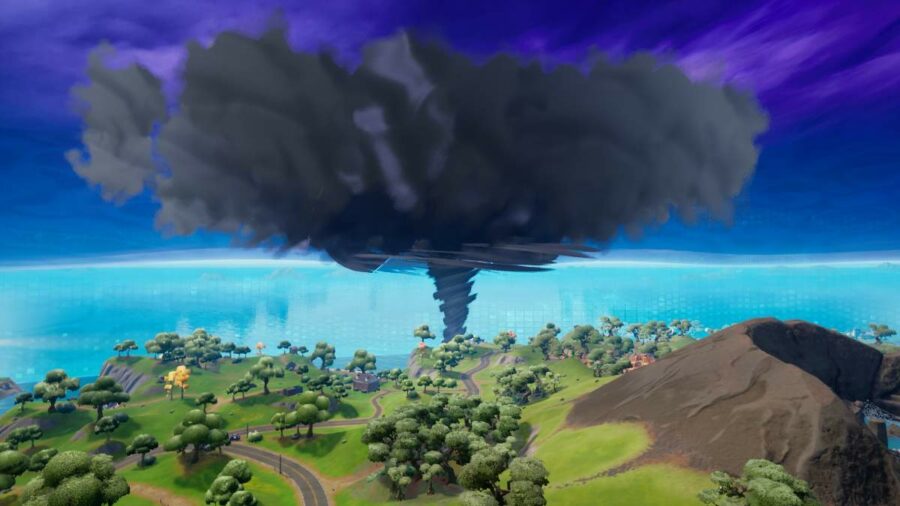 Three things were just released in a hotfix on Jan. 11, 2022: Tornadoes, Lightning, and Flare Guns. Although these changes have been rumored for a few weeks, there was no confirmation about when they'd come to the game—until now.

Flare Guns are easy enough to explain. This weapon/tool is periodically unvaulted for use on the Battle Royale island, usually once every couple Seasons, and its use is almost always related to the other updates with which it is released. Here, a Flare Gun would be a valuable tool if you're stuck in the middle of a major storm and need help from your teammates. When you fire the gun, it hurtles a flaming ball that sets surrounding objects on fire and explodes to create a signal that reveals enemy locations.

Tornadoes might seem dangerous in real life, but in Fortnite, they're just another form of strategy. Running into a tornado causes it to pick you up and floats you around in the air. You can exit the tornado when you're ready and glide down to a completely new location. Or, if you wait long enough, the tornado will automatically spit you out in a random direction and you'll land without taking fall damage. These features make the tornado an effect escape strategy if you find yourself in hot water.

Last, Lighting adds some benefits as well. Lightning will periodically strike under dark clouds that form in the sky above. If you're struck, you suffer a small amount of damage. However, it gives you a temporary speed boost, which can be vital to secure a Victory Royale at the end of a match. You can even increase your chances of being struck by lightning by jumping into a body of water beneath the dark clouds that form.

That's everything you need to know about this surprise hotfix!

Need help with some quests this Season? Be sure to check out our guides on how to knock down Timber Pines and how to slide!