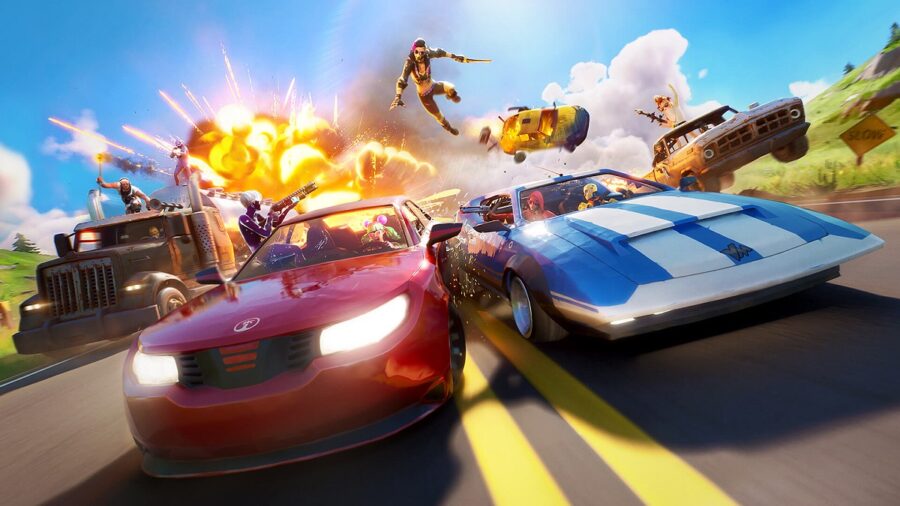 The Legendary quest for Week 3 is quite simple, in theory, but due to the wonky car physics, this might be harder to do than it seems! As oddly enough, running people over is not the most solid way to do this!

How to cause Eliminations while in a Vehicle in Fortnite

To cause Eliminations while in a vehicle in Fortnite is a pretty straightforward challenge. However, the most reliable method to do this is by shooting them, not running them over. As the vehicles still need some tweaking in the battering department.

A lot of players might be thinking, "Hey, I'm in a car; wouldn't it be better to run them over? Even when they are downed, clearly, it's going to be an instant elimination!?!? Well, you would have thought that, but sadly no.

If we take this Twitter post from well-known Fortnite leaker iFireMonkey is attempting to kill a player when driving a sports car. Instead, the downed player is being battered about like what iFireMonkey said a "hockey puck."

"I think everyone can agree with me when I say that cars need to be fixed when it comes to ramming into players. Literally turned a downed player into a Hockey Puck."

Related: Where to Destroy Toilets in Fortnite Chapter 2: Season 5 Week 3

I think everyone can agree with me when I say that cars need to be fixed when it comes to ramming into players.

Literally turned a downed player into a Hockey Puck pic.twitter.com/Wq5rVDTRwl

This might just be a connection issue on the downed player's side, as there is no animation. They are gliding along the ground like no one's business. Truth be told, driving into players is not the fastest way to get this Epic quest completed.

The most dependable way to get the Eliminations in a vehicle is to shoot them from inside the vehicle, which counts towards the Epic Quest. An even better idea is why not attempt this quest in Duo's, Trio's, and Squads?

Have one person who has already finished this challenge always taking the wheel, and the rest of the passengers opening fire on anyone who moves. Then always make sure the person who needs the kills to get the elimination. Sure it'll take a while, but it saves you playing sports with downed bodies!

The full list of challenges is available here, at our Fortnite Chapter 2: Season 5 Guide – Challenges & Information article! Update 15.10 dropped recently, so why not stop by and see what leaked skins have been data-mined!