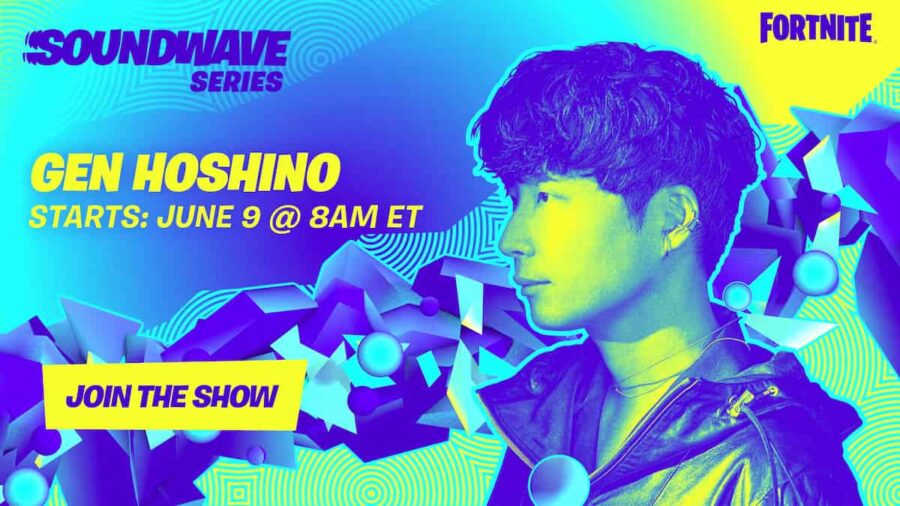 Fortnite fans have a lot to look forward to as the Soundwave Series returns via a virtual concert featuring the iconic musician Gen Hoshino. Players can catch the concert in-game at specific times to experience the musical celebration. Players can also earn around 40,000 XP and get a Soundwave Series - Gen Hoshino Spray after watching the concert.

How to watch the Gen Hoshino Soundwave Series Concert in Fortnite

To queue into the concert, players will have to select the Soundwave Series from Epic’s Pick in the game modes Discover tab. If you cannot find it in the Discover Tab, then try adding this Island Code to automatically open the Island page: 6831-7094-7130. After you have queued in the concert, enjoy the show, and emote with everyone else. We recommend players wait till the end to collect the coin.

Related: All Stats of every weapon in Fortnite Battle Royale

How long is the Soundwave Series Concert in Fortnite?

Fans wondering if they will miss the concert have nothing to worry about, as the performance will be aired on repeat for 72 hours non-stop. The concert starts on June 9, 2022, at 8am ET and will continue until June 12, 2022. You also have the freedom to watch the concert via Picture-in-Picture while trying out different game modes. The show itself lasts for a few minutes, and it ends beautifully with players releasing sky lanterns to light up the horizon.

After finishing the concert, a pop-up will show on the screen that will direct players toward a platform. The coin is kept in front of the stairs, and players will simply have to collect the coin to be rewarded with 40,000 XP and the Soundwave Series - Gen Hoshino Spray! Nothing is better than getting free XP, and players will need all the XP they can get to earn more Battle Stars and complete this season's Battle Pass.

Wondering where to find the Exotic Weapons in Chapter 3 Season 3? Check out All Exotic Weapon Locations in Fortnite on Pro Game Guides.