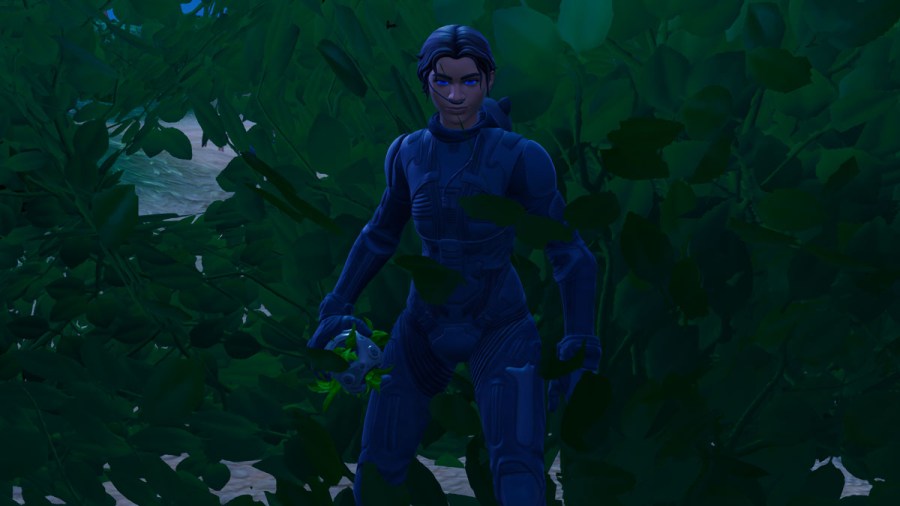 No, this isn't a throwback to Fortnite's release when bush campers were rampant, but a weekly quest has players having to hide in different bushes they threw down in the game. Players cannot simply pick up a bush and put it in their inventory, but they can use the new Big Bush Bomb to get this challenge done with ease.

How to hide in bushes you threw down in Fortnite

The most straightforward option for players will be getting their hands on the Big Bush Bomb, a new item in Fortnite Chapter 4. This grenade won't cause any damage to enemies, but it'll instead create a large bush for cover. For challenge purposes, all players have to do is throw this down and run through it.

Related: How to get Dead Space’s Isaac Clarke in Fortnite

In a competitive sense, this can save players from certain death, especially in the Zero Build mode, where players can't build a wall for protection. Getting in the bush will cause enemies to lose sight of their target and buy the player valuable time to either run away or get healed up. Pairing it with the Bush Warrior augment can be effective as it provides cover and healing.

Where to find the Big Bush Bomb

The Big Bush Bomb can be found anywhere loot can be found, which means it's available as floor loot, from a chest, or a supply drop. They can be tough to come across since the loot pool is so diverse, but they drop in stacks of two when they are found. This makes completing the weekly quest easy since players have to hide in a total of two bushes to earn the XP.

As a bonus, throwing the Big Bush Bomb also makes progress toward the weekly quest of throwing items. That quest is completed by throwing things like grenades and Chug Splashes, so there's always a reason to pick up the bush bomb, even if it's not for competitive reasons.

For more Fortnite guides, check out How to complete the Dead Space ‘Strange Transmissions’ quest in Fortnite on Pro Game Guides.