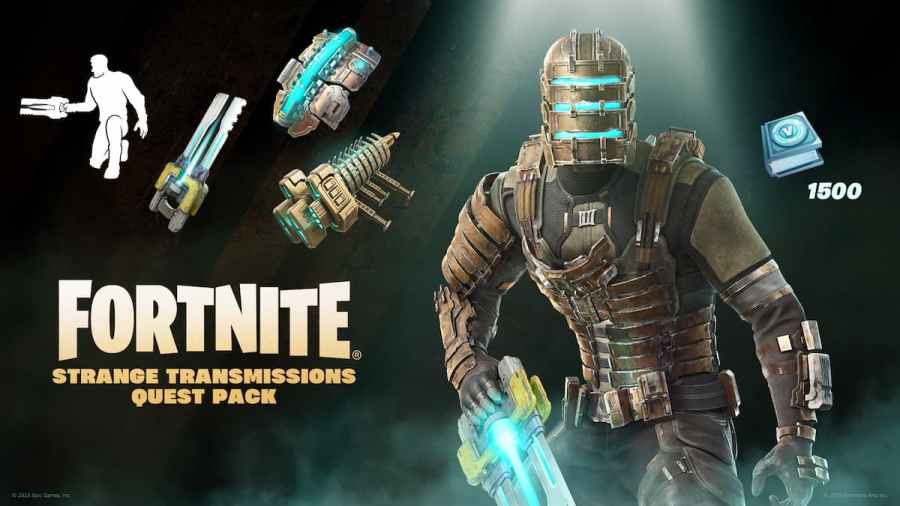 The Dead Space remake has rekindled the gaming community's interest in sci-fi survival horror. Not one to miss out on promotions, publisher Electronic Arts has made an unholy alliance with Epic Games and Fortnite. That's right, Isaac Clarke is coming to Fortnite.

Isaac Clarke and his Strange Transmissions Quest Pack can be acquired from the Fortnite in-game store for $11.99. The Isaac Clarke outfit, RIG Back Bling, USG Ishimura Back Bling, Plasma Cutter Pickaxe, and Bench Upgrade Emote are included. Players that purchase the Quest Pack will also acquire the Strange Transmissions quest. This five-step quest will award up to 1500 V-Bucks upon completion.

Related: How to play all Dead Space games in order

It's an unexpected crossover but not an unwelcome one. Other famous survival horror icons include Chris Redfield and Jill Valentine from Resident Evil. There's always the titular Predator and the Xenomorphs from the Alien series for those interested in straight-up horror. More and more, Fortnite is becoming the digital equivalent of playing with action figures. Players buy their favorites and pit them against one another in unlikely scenarios.

How to get Dead Space’s Isaac Clarke in Fortnite