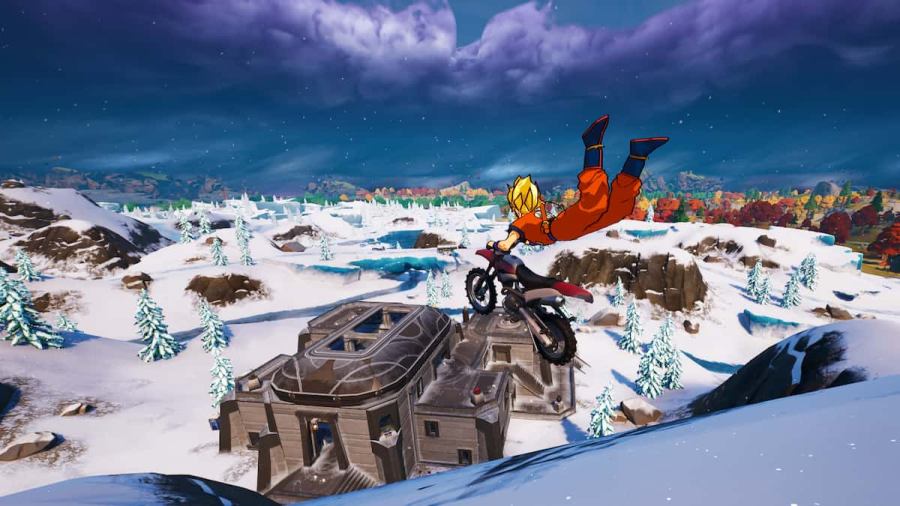 In Fortnite Chapter 4 Season 1, Epic Games added several new elements, including new POIs, weapons, utility items, and vehicles. The Dirt Bike is one of the new vehicles added to the game, and it is available around all the major POIs and landmarks. Players need to know how to perform tricks while riding this vehicle. Here's how to find and land trick points using a Dirt Bike in Fortnite.

How to land trick points using a Dirt Bike in Fortnite

You can find Dirt Bikes around the map, and you must complete several quests while riding these vehicles. For instance, one of the Winterfest 2022 quests requires players to land trick points using a Dirt Bike. Stunts can earn trick points, and it's best to perform that in hilly areas. To perform a trick on a Dirt Bike, simply press Shift for the keyboard and Circle or B for controllers while riding the vehicle. You will notice a ton of XP boost on your screen for performing these stunts.

Related: How to get Curling Iron Emote in Fortnite

The best locations to find Dirt Bikes are:

You can also spam the jump button while holding down the trick button to gather more points quickly. Although this makes the vehicle move slowly, it allows you to get maximum points within a short time. You will find several Dirt Bikes in these areas and can start performing tricks on the hills nearby. One of the best spots to perform tricks with Dirt Bikes is the Icy Islets landmark east of Brutal Bastion. Here you will find several ramps that you can use to boost the Dirt Bike in the air. The Winterfest quest for Dirt Bikes is divided into five stages and completing each stage rewards players with 16,000 XP. Complete all these challenges to progress in the battle pass quickly, and earn all the free rewards from this festive event.

How to perform tricks on Dirt Bike in Fortnite