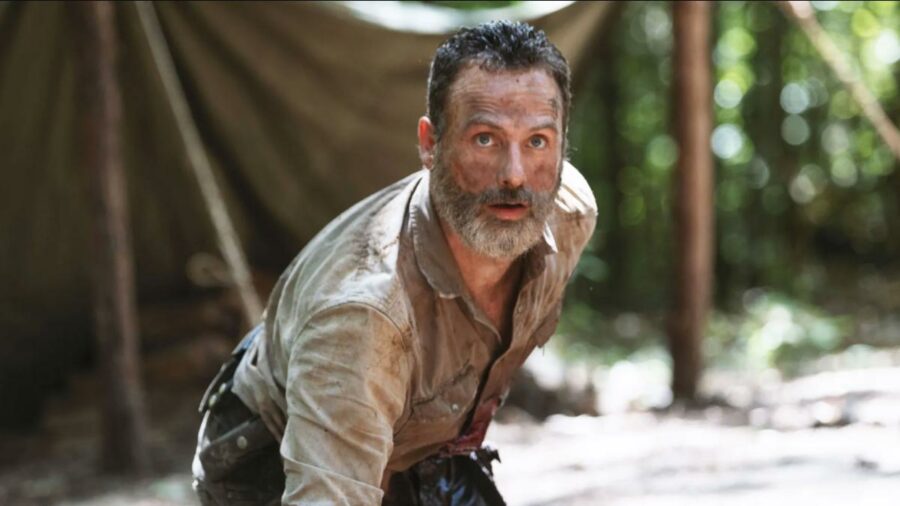 There has been a rumor spreading in the Fortnite Community that there will be another Walking Dead collaboration this month. Frankly, what better time to introduce the central character of The Walking Dead series than the 2021 Halloween Season?

Unfortunately, we know little about the validity of this rumor, but the hint that Epic Games has dropped on their official blog post for Fortnitemares 2021 strongly hints towards Rick Grimes being added to the game. The blog post states that the image shown below has cards that will be flipped over in random order.

As you can see, the last card in the image is a Sheriff's Hat, which strongly resembles the hat used by Rick throughout the series. Eventually, the hat was passed on to his son Carl, but most people who have seen the series (or even just commercials) know that the hat is revolver is part of Rick's signature gear.

This suggests that the possibility of Rick Grimes coming to Fortnite is all but confirmed. Something that might also point in that direction is what information has been made available about the event. Through data mining, we have found out that the other two unflipped cards represent Curdle Scream Leader and Skeletra, but the Sheriff's Hat has no known leaked skin associated with it.

Does this mean that Epic Games has Rick Grimes hidden somewhere in their encrypted files? We'll have to see as we get closer to Halloween!

For the latest news, guides, and content about all things Fortnite, be sure to check out our Fortnite Homepage!