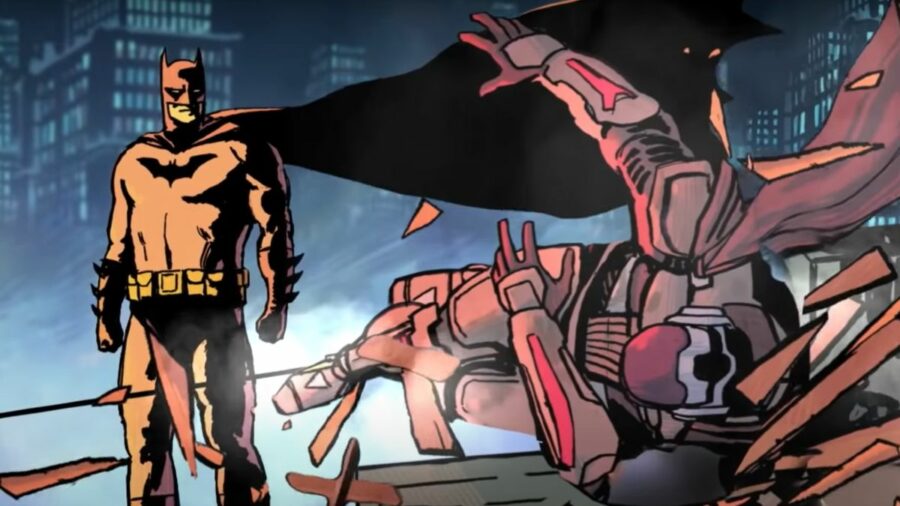 Fortnite and DC have collaborated to release a brand new trailer in anticipation of the new comic book series Batman/Fortnite: Foundation. This series can be considered a direct sequel to Batman/Fortnite: Zero Point, released in the first half of 2021.

In the video posted by the DC Comics Official YouTube channel (seen below), we see Batman finally meeting The Foundation and immediately getting into a fight with him to demand some answers about everything that's been happening. Although there is no direct response from The Foundation yet, we can tell there will be plenty of action and story to come.

Related: How to get the Batman Who Laughs Outfit and his Cosmetics in Fortnite

Here is the video trailer for the new comic series:

We know that this exciting release will bring the previously rumored and highly anticipated Batman Who Laughs skin to Fortnite Island. Players can get the outfit by purchasing the comic upon its release (with a redeemable code inside) or by waiting until Oct. 26, when it makes its debut in the in-game Fortnite Item Shop.

That's all that's known so far about this exciting crossover event!

Be sure to check out our Fortnite Chapter 2 Season 8 Guide to see all the latest guides and content for the new season!