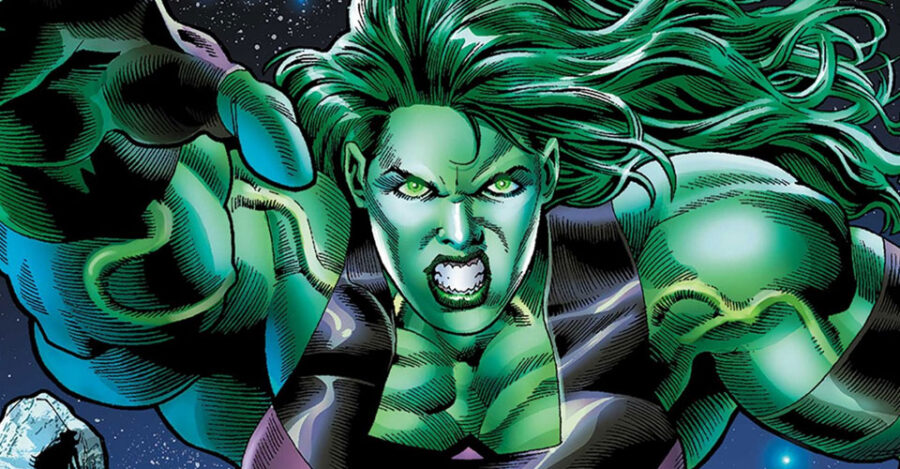 While we already know we're going to be getting a boatload of Marvel characters in Chapter 2 Season 4, we aren't fully in the know to which they are going to be. Well, Tabor Hill is back at it with another leak that points directly at a lesser known character that is going to very likely be apart of the Battle Pass. That character is She-Hulk, and this lines up with some of teasers that have been found already!

Tabor Hill posts a secret teaser in his recent video with some clues to another of the skins in the Battle Pass. He did this in the form of a riddle, and here were the clues:

These are pretty vague clues if you don't know anything about the comics, but thankfully Merl on Twitter was able to figure them out. Here's how they breakdown:

Back to the Future is a pretty famous movie, but what would Fortnite have to do with it? Well, the female character that Marty McFly is dating is named Jennifer, which is She-Hulk's real name.

Apple's Attorney is a bit misleading, because as far as I know the Apple part of it has nothing to really do with it. Whether or not that's the case, She-Hulk is an attorney in the comic books.

Blood is the most obvious one, because She-Hulk became a Hulk character by having a blood transfusion from Bruce Banner (The Original Hulk).

So, it looks like She-Hulk is either going to be part of the Battle Pass or at the very least be a skin you can purchase in the Item Shop! We'll just have to wait until August 27th to find out exactly how she will play into the storyline.

Where is Tilted Towers In Fortnite Chapter 3 Season 1

How to visit the Kaws New Fiction Art Exhibit in Fortnite?