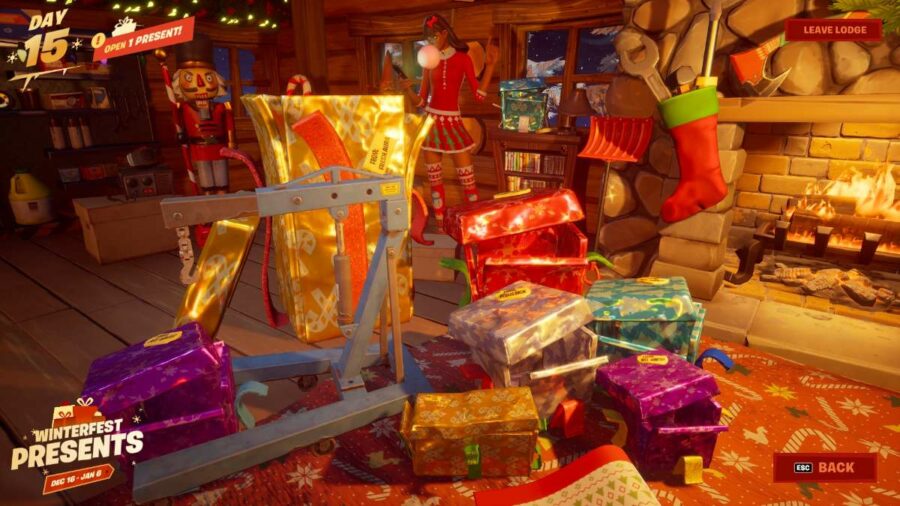 Many Fortnite players were surprised this morning when, after all the issues with the Fortnite servers yesterday, the saw that there is an extra gift to be claimed from Sgt. Winter for Winterfest '21. On every player's main menu, there is an exclamation point box next to the snowflake icon on the navigation bar, which usually means there is another present to claim.

Unfortunately, the reason behind this isn't as exciting as one might hope.

There is no extra gift. At least, not yet. If you have claimed 14 presents, then you have claimed all the gifts available in the game. It seems that the notification that indicates there is another gift is simply a glitch caused by the server downtime on Dec. 29, 2021. This issue was addressed directly by the Fortnite official Twitter account in the Tweet shown below.

Related: How to slide in Fortnite Chapter 3 Season 1

What the above Tweet doesn't address is how they are working on it. It is (probably purposely) vague, leading to us wondering if that means they're going to grant us an extra gift, as in the Tweet before it, they mentioned that they're working on something to make up for the lost time.

Typically, issues like this are resolved within a few hours. However, players are still left looking at that notification icon, taunting us with a gift that we're not sure we'll receive!

Want help with the Winterfest quests before they go away on Jan. 6? Check out our guides for how to fly with a chicken and where to destroy holiday decorations!

Where is the last present in Fortnite Winterfest ’21?