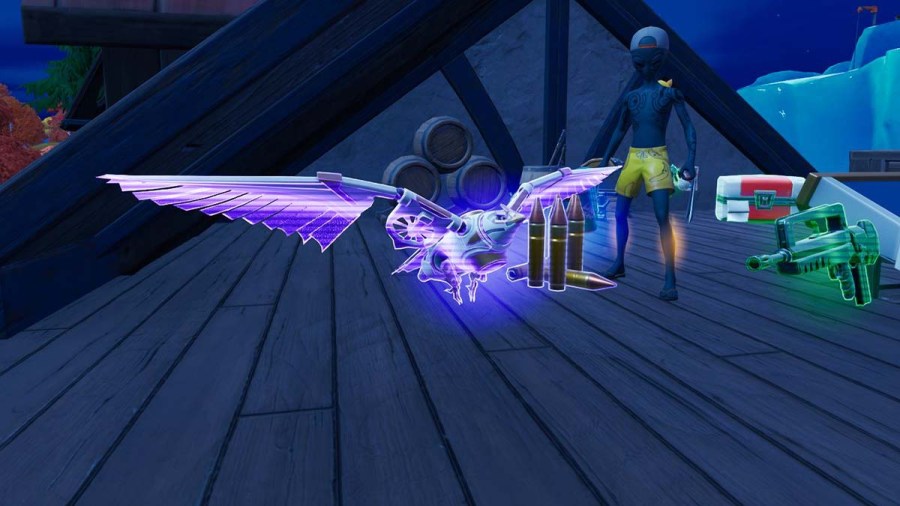 Players dropping onto the Fortnite Chapter 4 island can pick up the Falcon Scout item and take to the skies to get a drop on their enemies while remaining safe from immediate harm themselves. It's available in all modes whether that's Arena, No Builds, or traditional Battle Royale lobbies with building, so it'll be hard to miss. Of course, players will have to take time finding one first.

Where does the Falcon Scout drop in Fortnite?

The new item won't be difficult to find as it drops as regular floor loot, chests, Oathbound Chests, and Supply Drops. Fortnite boasts a diverse loot pool filled with loot like the Burst Assault Rifle, so don't fret if the first chest doesn't drop the Falcon Scout because one eventually will.

Related: How to fix ‘successfully logged out’ error in Fortnite

Essentially, this item will be available anywhere loot can be found, so players will have to hope they get lucky and find one before an opposing team does. Once the Falcon Scout is found, players will no doubt want to see what it can do. Instead of being an item that's used to eliminate other players, it's going to be used more as a recon tool to find out where others are hiding.

What does the Falcon Scout do in Fortnite?

The Falcon Scout can be used as a way to explore the surrounding area to scout for other players or pick up loot. This can come in handy when things are getting late, and only a few players might be hiding. Once in the air, the Falcon Scout can scan an area and ping enemies it discovers, so nobody should be able to hide. It can't fly too far away, so while it's clutch when the storm circle is small, don't assume it can fly halfway across the map to investigate.

Something else that could come in handy is the fact it can pick up downed teammates and carry them to safety if it's not shot down by the enemy team. One thing that is very important to remember is while the Falcon Scout is being used the player is left completely vulnerable to attacks, so it can be very risky to use solo.