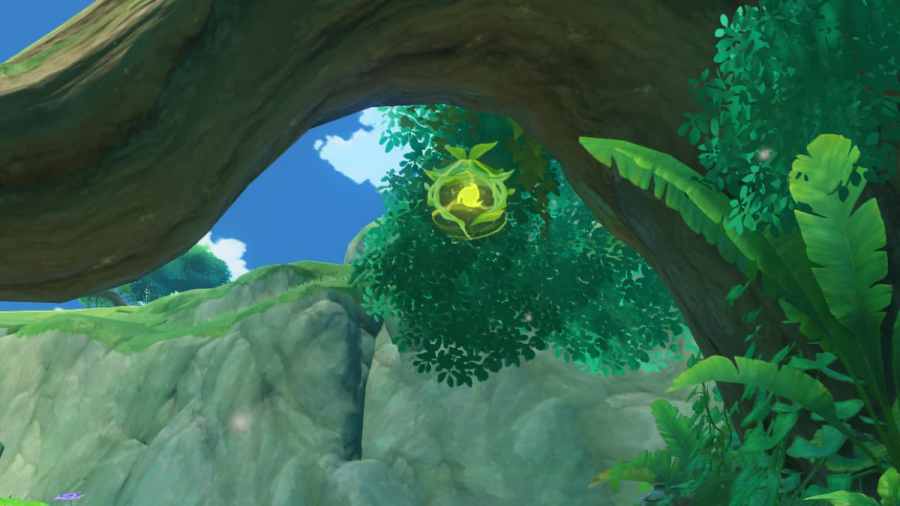 Once you have navigated to Sumeru, you can encounter Dendrograna, which are a sub-species of Grana that are only located in the Sumeru region of Genshin Impact. They are useful in attacks as they will shoot a projectile when you perform a charged attack or an aimed shot. Dendrograna can also be used to help solve puzzles around Sumeru. Here's where you can find Dendrograna in Sumeru.

To summon Dendrograna, you need to use auspicious branches. These are an exploration mechanic and to use them, you'll simply walk towards them until the prompt to summon a Dendrograna pops up. A normal branch will summon three Dendrograna, which will surround your character.

Related: How to get the People of the Valley of Life Hidden Achievement in Genshin Impact

Like other Grana around the world, Dendrograna are helpful beings who can help your character succeed with their endeavors.

Looking for more Genshin Impact content on Pro Game Guides? Check out Sapwood Blade – How to get, Ascension, stats, and who can use it in Genshin Impact.

All Dendrograna Locations in Genshin Impact