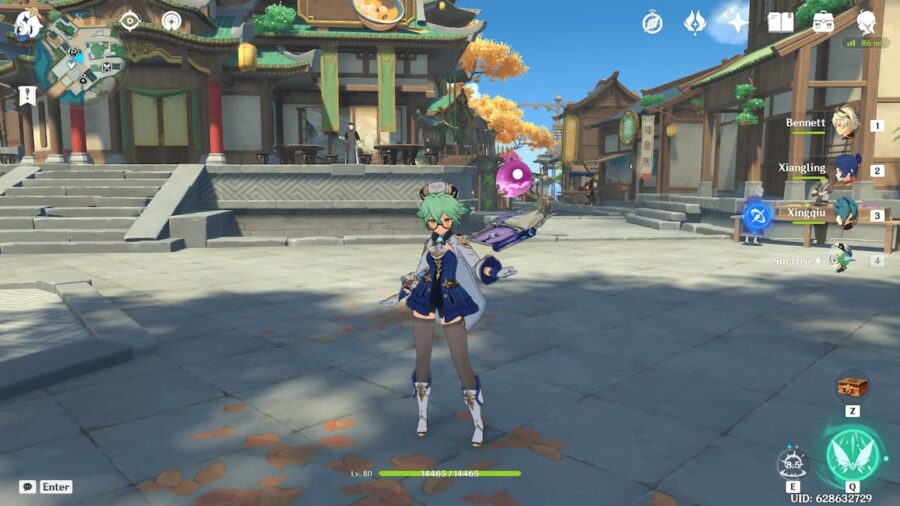 Anemo characters in Genshin Impact can be fit into many teams, making them highly sought after. Sucrose is no different as she can be built for many different teams and playstyles, with very little investment. She is a four-star Catalyst user that uses her skills in alchemy in combat to attack enemies and buff allies.

In a Support role, Sucrose can proc Swirl and shines the most when faced with multiple enemies. Swirl spreads other Elemental Damage, making it easy to cause groups of enemies to suffer from the effects of Cryo, Pyro, Hydro, or Electro. This is especially useful for setting up Elemental Reactions from other team members.

In a more damaging role, Sucrose can raise her Attack in order to deal a good amount of damage, however, Attack does not increase Swirl Damage and only increases the Anemo Damage Sucrose deals or the damage from her element infused Elemental Burst. While a DPS build is possible, Sucrose does more reliable damage in a Support role thanks to how Swirl Damage is calculated.

Depending on how Sucrose is used, there are a few Catalysts that maximize her potential. Energy Recharge may be important to players that need it, however, because Sucrose's Elemental Burst has such a long cooldown it is unlikely that players will need much Energy Recharge for it. Instead, focusing on buffing the team or increasing Sucrose's own Elemental Mastery should be prioritized.

As good as the Noblesse Oblige set is, its hard to argue against the effectiveness of the four-piece Viridescent Venerer set. The first bonus provides a 15 percent Anemo Damage bonus. The second bonus lowers the Elemental Resistance of whichever elemental Swirl is infused with when hitting enemies by 40 percent for 10 seconds.

DPS Sucrose players can still opt to go for more damage based Artifacts like Gladiator's Finale or Shimenawa's Reminiscence for the 18 percent increase to Attack. It should also be noted that any of the additional Elemental Damage bonuses from Artifacts will also benefit Anemo characters. This is because Swirl's application will do both Anemo Damage and damage of what Element the enemy is infused with. Character buffs like Shenhe's Icy Quills from her Elemental Skill also increase Sucrose's own Cryo Damage when fighting enemies affected by Cryo.

Related: Viridescent Venerer Artifact Set: Stats, how to get, and who can use it in Genshin Impact

The best part about Sucrose is her ability to do when in nearly every team composition. Unfortunately, Geo characters don't mix well with Anemo characters as Crystalize will not proc on enemies affected by Anemo. Her best team compositions rely on being played with characters that use lots of Elemental Reactions. Vaporize, Melt, and Overload teams can only be further buffed by Sucrose as her Elemental Mastery will increase the rest of the party's damage.

The way Elemental Mastery works makes it so the second applicator of an Element is all that matters when calculating damage. It is based on Level and the total Elemental Mastery of the second Elemental Damage's dealer. Electro-charged teams do exceptionally well with Sucrose providing buffs to them as it has a continuous effect and can be applied multiple times with Sucrose's Normal Attacks.

All Precious and Luxurious Chest locations in Enkanomiya in Genshin Impact

Which characters will get less-revealing alternate skins in Genshin Impact

How to get Yun Jin for free in Genshin Impact

How to farm Dragonheir’s False Fin in Genshin Impact