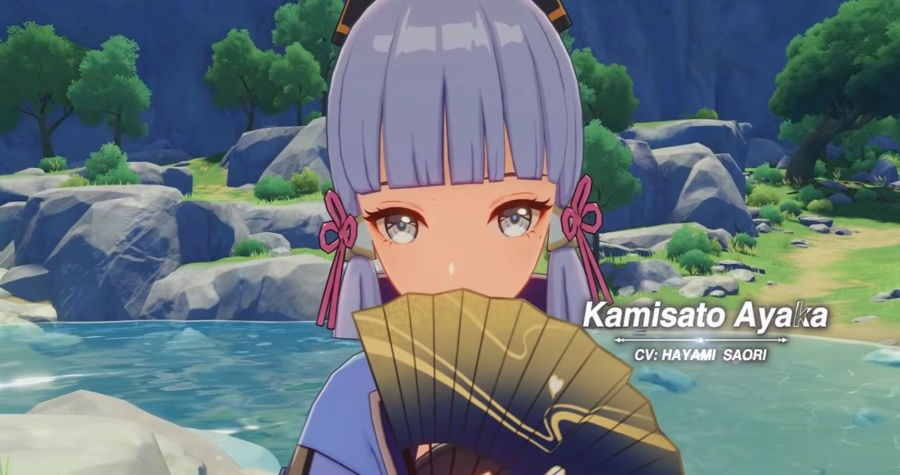 We have made a new format for all of this information, and it includes everything you need to know for Ayaka!

Ayaka is a 5 Star Cryo user who wields a sword. We do not know when she will be available in Genshin Impact. However, she does hail from the Inazuma region, so it could potentially be in version 1.4 or even version 1.6 or maybe not until 2.0; we honestly have no idea.

All information here is information taken from the closed beta, so details may have changed when she releases. So as always, take everything with a pinch of salt.

This Art replaces Sprint. Ayaka consumes Stamina to hide within a swift flow of sleet that moves as she does.

Remember that all information in this article is based on Ayaka's details from the closed beta. So, upon her official release, whenever that may be, details may have changed. So still take everything with a pinch of salt.