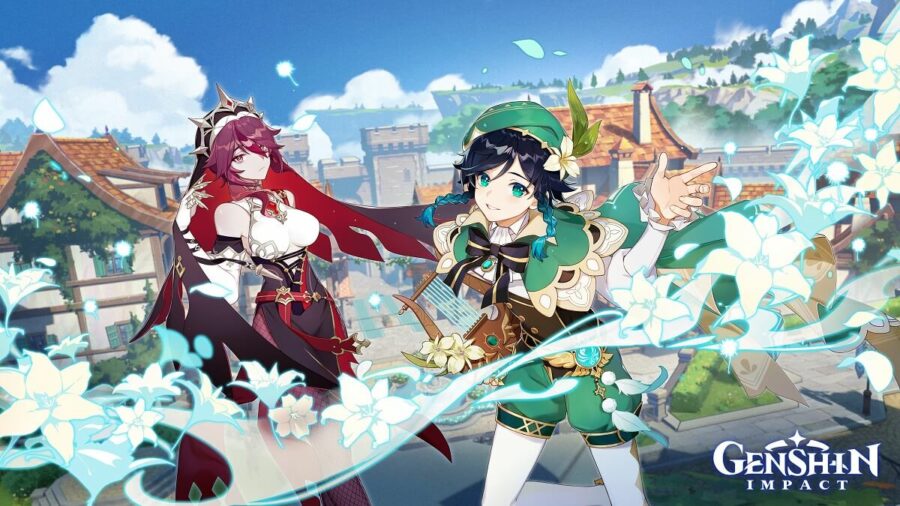 These are official Genshin Impact 1.4 patch notes! This is everything miHoYo has planned. We've compiled all of the known and leaked information from a variety of sources. Right now, we're pretty confident that the majority of this is right, but somethings may change by the time the update is released. But as always, take everything with a pinch of salt.

Pre-install for v1.4 for both PC & Mobile begins on March 15 at 9 pm CT. This is the second time Mobile users have been able to pre-install a Genshin Impact Update.

When Genshin Impact 1.2 goes live, maintenance will occur for roughly 5 hours. This begins on March 17, 4 pm CT. As compensation for the downtime, everyone will be given 300 Primogems if they are above Adventure Rank 5 or higher. Even if the update takes less than 5 hours, you will still earn the 300 Primogems.

Compensation will be given within 5 hours after the update has been completed. Everyone who wants the 300 Priomogems must be logged in before 1.4 ends.

A new character is coming to the second half of the 1.4 update. Her name is Rosaria, and she is a Four-Star Cryo Polearm user! If you want to know about all her details, then we have you covered!

Four new Weapons are coming with 1.4. One new Five-Star and three new Four-Stars! 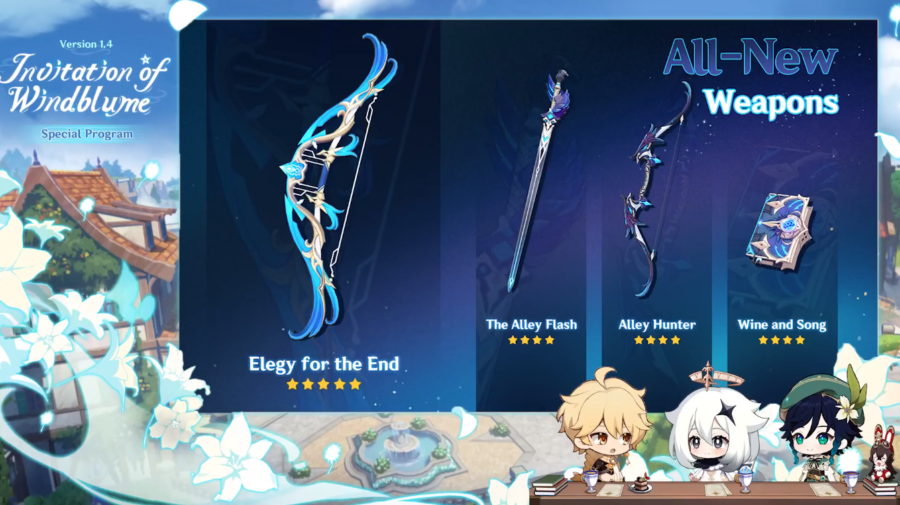 All players who have reached Adventure Rank 20 or above and completed the "Song of the Dragon and Freedom" questline are cordially invited to join the citizens of Mondstadt in their annual celebration of freedom and love as dandelion seeds flutter in the warm spring breeze.

This festival is the main attraction to 1.4, and if you complete it, you have the chance to get one of the new weapons up above, the Windblume Ode.

Take part in challenges during the Windblume Festival to obtain two currencies: Festive Tour Tickets and Peculiar Collab Coupons. Spend these currencies at the Event Shop to purchase the event-exclusive weapon Windblume Ode and its exclusive refinement material "The Visible Winds," as well as the Crown of Insight and more.

This festival is the main focal point of 1.4. A festival in the heart of Mondstadt, where you can your friends can play some mini-games to earn two exclusive festival rewards— the Windblume Festival Commemorative Balloon and the Windsong Lyre, as well as a new 4-star weapon, Windblume Ode.

Invitation to Windbloom is split into four different Acts. These are spread out through the 1.4 update, with more quests and events unlocking as time goes on. Complete the quests to win rewards such as Primogems, Character EXP Materials, and more. However, more events are to following during the duration of 1.4.

Plus, take part in all of the Windbloom Festival and get 1000 Primogems!

The first one is called Bullseye Balloons. In this mini-game, you have to pop the correct balloons within the time limit. Don't worry; you do not need to have a high-level Bow character for this mini-game. You can also compete with others in Co-Op.

Some balloons will award points, and others will deduct points.

You play the Lyre, and you have to press keyboard prompts in a rhythm mini-game.

This minigame involves diving off cliffs and glide into Green Orbs that you have to glide into. You'll have to use a mixture of both gliding and falling to get all of the rings on your journey down. Get enough to get a high score!

In this event, you get three random minigames you play. After the three rounds are over, the scores will be turned into buffs, where you have to fight a Pyro Regisvine. The higher your score, the easier this fight will become.

The games will involve obstacle courses, dodging projectiles, and walking in the dark, a memory floor game you have to memorize.

This event has three stages that must be completed to finish it, and they are all revolved around mini-games.

A new mechanic is coming to 1.4 with a new questline featuring your beloved characters. These are characters that the story has mentioned/seen through the game but not highlighted much as of yet.

This is sort of Dating Sim-Esque quests with multiple endings, plus rewards with Four-Star characters. The four characters you can do this with are:

You have to choose dialogue choices, and you choose and see what ending you get. Sometimes if it goes poorly, you might get a bad ending or no ending at all! Don't fret, as you can get unlimited tries to get all the endings, and the more endings you get, the more rewards you can obtain!

Plus, you get a Hangout Memory picture of the hangout events for your collection. Hangout Events are the first of many!

To unlock these Hangout Events, you must have completed a few required story prerequisites and a specific Adventure Rank.

In this event, you are partnered with a Mini-Oceanid to help you in this quest. Upon completion, it will evolve into a pet called Endora!

A new event revolved around the Elite boss Oceanid may come to 1.4. Oceanid has new mechanics and moves to make this boss even more difficult. Also, you can play it in Co-op!

With this event, you must find Heart of the Springs. There are five to collect to unlock rewards for this event!

This is a new event where you face off against waves of Churls, Slimes, and even Ruin Hunters, with rewards to be won!  Added daily, a new challenge appears, with three difficulty options. If you complete the hardest one, all ones below it will be completed.

However, each challenge will have specific requirements that have to be fulfilled to complete it. Complete them to get rewards!

The Archon Quest "Chapter I: Act IV - We Will Be Reunited" will become available at a later date. More information will be released later.

A total of 8 world quests will become available over the course of the Windblume Festival. Complete these quests to win Mora, Character EXP Materials, and more!

Any Windbloom Festival world quests need to be completed before the event ends on 04/05/2021.

A new enemy is coming with 1.4! This new enemy is called Herald and is part of the story quest associated with Dainslief. This is a very heavy story-driven quest; however, this is not a new boss; this enemy is only available as part of the Archon Quest. So at the moment, it's a one-and-done type enemy.

Three new gadgets are coming with the 1.4 update. Two are gadgets, and one is a net pet. These are the Windblume Festival Commemorative Balloon, Windsong Lyre, Endora.

Additions to the "Wonders of the World" category

Condensed Resin is getting an increase, and you will be able to hold a total of five instead of three.

Players can now lower their World Level when they reach World Level 5. Each time you lower or revert your World Level, you can not change it again for 24 hours.

*Additional Note: We are paying close attention to the possible impact of other operations that can produce the same effect. If we have plans to change them in the future, we will announce that as soon as possible.