We have made a new format for all of this information, and it includes everything you need to know about Dandelion Seeds!

The Zelda: Breath of the Wild inspired game Genshin Impact, has been a total success. It launched only a week ago, and it's taken gamers everywhere by storm! Not only does the open-world action RPG have countless things to do, but it also keeps on increasing those things to do when you gain Adventure Ranks! To gain Adventure Rank EXP, all you need to do is mostly do anything in the game, and it'll be rewarded. Anything from opening chests or completing quests! You name it, and you'll probably be rewarded with it some way or another!

Now, when you hit Adventure Rank 20, you get access to the Battle Pass and Weekly Missions. One of the Weekly Missions you have to undertake is to collect 100 Mondstadt local specialties. The Dandelion Seed is one of these specialties, so let me tell you where you can find them! 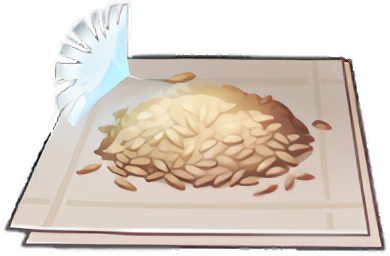 Dandelion Plants can be found in the Mondstadt region's wild, but normally you can find them at the Mondstadt city gate, but the place to find them is west from the Dawn Winery; you'll have to go over a body of water scale the cliffs, and that's the area where you find loads of Dandelions! The Dawn Winery can be found south of the area called Wolvendom, or south-west of Springvale.

However, you might have come across these in your travels, and hitting them with your weapons doesn't seem to have any effect. There is a secret to acquiring the seeds; you have to have an Anemo (Wind) element user in your party and use an Anemo skill. This causes the Dandelion Plant to be blown away and leaves the Dandelion Seeds behind.

Dandelion Seeds have primarily two uses; one is for the use of Alchemy, where you can make two things, the Gushing Essential Oil and the Windbarrier potion. However, the most important use of the seeds is to unlock Jean's Ascension!

For users using Jean in your party, you need 168 Dandelion Seeds in total to upgrade Jean to her max level! Why not collect seeds for Jean and as well as fill up the 100 Mondstadt local specialties Weekly Mission in the Battle Pass, at the same time!

How to get Golden Koi in Genshin Impact

How to get the fishing pole in Genshin Impact