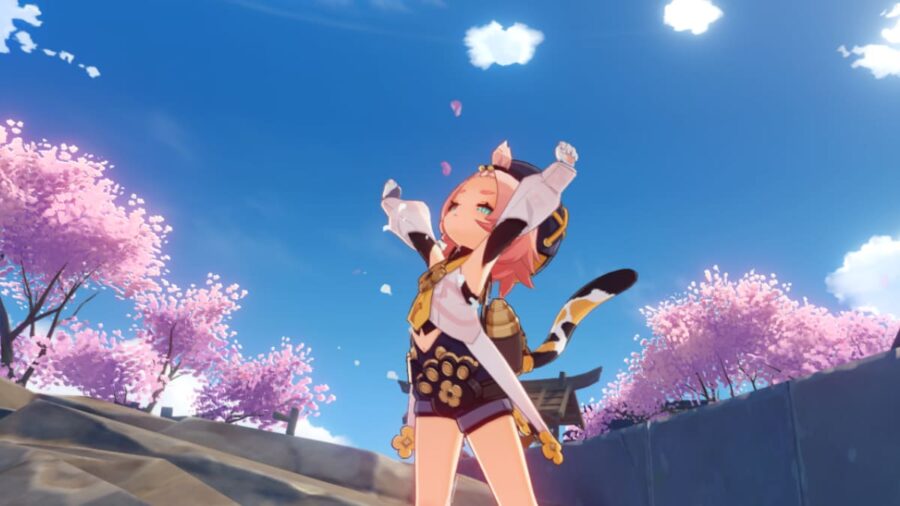 Diona is a four-star Cryo bow user from Monstadt who hails from the Kätzlein Bloodline. This family originated from Springvale and is known for their feline-like features and amazing hunting prowess. While Diona herself is quick on her feet, she's better known as a genius bartender from the Cat's Tail whose ability to concoct legendary beverages remains unparalleled.

Diona's character shares the same child body model as Qiqi and Klee. While her exact age is yet to be revealed by the game's lore, what's currently known about her suggests that she may be between 10 and 14 years old. But due to her personality and short stature, many fans believe that she's closer to 12 years old.

A factor that proves that Diona isn't an adult in a small body is that she constantly segregates herself from "adults" when speaking about them, which can be interpreted as her lack of understanding of what it's truly like to be an adult. Moreover, in her voice line about her hobby, Diona states that she enjoys hunting—but clarifies that it can only be done with a reliable adult.

While Diona works as a bartender in the Cat's Tail—a job that would normally default to an adult's—she doesn't do so for financial reasons. Instead, she possesses an innocent dream to rid the world of alcohol by creating the most diabolic drink ever, fueled by her hatred for her drunkard father, Draff.

However, Diona once befriended the spring fairy who granted Diona a blessing on her seventh birthday. This blessing ensures that all the drinks she makes would always taste good—no matter how ridiculous the ingredients.

It's unclear whether Diona is aware of this blessing, but in her Hangout Event, she is shown to know that it's impossible for her to create a horrible drink. In spite of this, she continues to serve the most amazing alcoholic beverages in hopes of ridding the world of alcohol. This contradiction suggests that Diona tends to approach her problems in a child-like way, making her approximate age of 12 years old relatively accurate (personality-wise).

For more information about your other favorite Genshin Impact characters, check out our compilation of All Genshin Impact Character Ages, Birthdays, and Zodiac Signs.

How old is Diona in Genshin Impact?