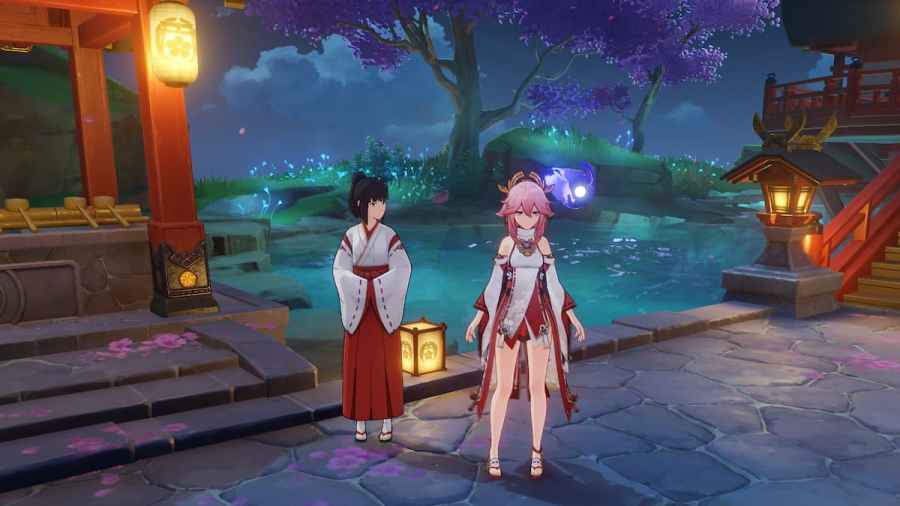 Genshin Impact players who initially completed The Sacred Sakura Cleansing Ritual were saddened by the fact that they couldn't keep Kazari's mask. However, HoYoverse has finally added in a permanent mask that can be used for decoration in your Serenitea Pot. If you want to get ahold of the mask, follow the simple instruction below.

Once you have fully completed The Sacred Sakura Cleansing Ritual questline, you can speak with Inagi Hitomi about the ritual to get the A Mask decoration. Inagi Hitomi is one of the shrine maidens at the Grand Narukami Shrine, and she can be found right beside the waypoint.

Related: How to unlock the Raiden Shogun Weekly Boss in Genshin Impact — End of the Oneiric Euthymia Domain

The mask doesn't need to be crafted, and it is an indoor decoration that can be found in the Utensil section of your Serenitea Pot. The item does come with a description stating that its age has made it brittle, making it unsuitable for anything outside of decoration.

While this may disappoint some players who were hoping for more custimization options, the mask fits perfectly into the lore of Inazuma.

How to get the “A Mask” furnishing in Genshin Impact