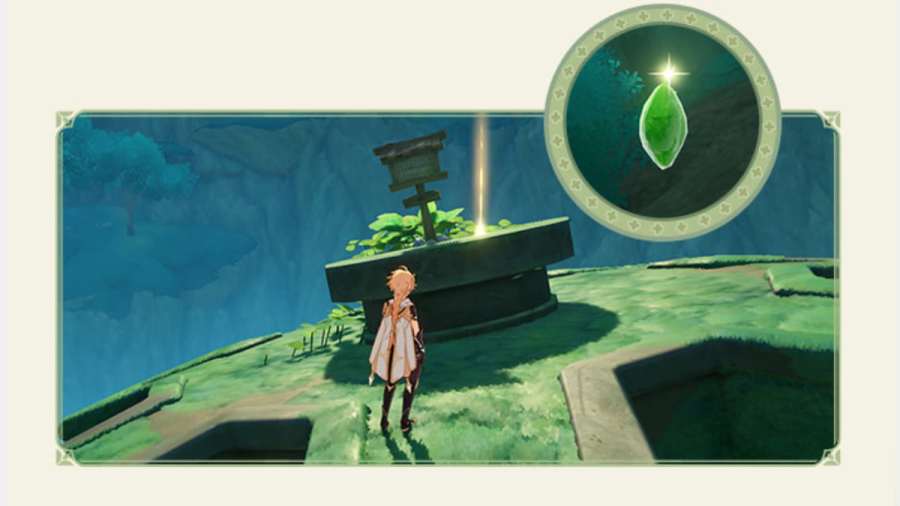 The Star-Seeker's Sojourn is a Genshin Impact event from October 21, 2022, to October 31, 2022. You must help a child named Banu search for seven Future Stars from areas that unlock during the first seven days of the event with the help of a Gadget called Banu's Wisdom.

How to unlock the Star-Seeker's Sojourn event in Genshin Impact

This event is open to all players who have completed the following prerequisites:

Once you've met the above requirements, you'll automatically get an Event Quest called Where the Future Stars Fall, where you must speak with Banu in Pardis Dhyai.

Before starting, equip the Banu's Wisdom Gadget to help you find your way in case you get lost while solving any of these puzzles. Then, click Go from the event details to begin exploring each area.

Head to the giant gear in Devantaka Mountain to find a glowing spot beside the signpost. Interact with the glowing spot to prompt wind currents and Four-Leaf Sigils to appear. The puzzle for this area is a simple obstacle course: follow the path created by the currents to find the Future Star.

The exact location of the Future Star is pictured above. Approach the floating seed to complete this segment of the event. Don't forget to claim rewards from the event details!

Day 2: The Perilous Road's Future Star (west of the desert)

Head north of Apam Woods to find a platform with four Torches surrounding it (two of which are Ghost Torches) and a floating Tri-Yana Seed. This is a Tri-Lakshana Creature that releases a pulse within a small AoE when applied with Electro, allowing it to revive the Ghost Torches.

You must patiently wait for the Tri-Yana Seed to get close to the Ghost Torch, then quickly apply Electro to revive the Torch. You can then apply Pyro to the Torch to light it up. There are four Torches, but only two need to be revived. They can be activated in any order.

Reference the image above if you need help finding the rest of the Torches. The ones circled above refer to the two Torches that need to be revived with the Tri-Yana Seed and Electro. Once you're done lighting up all four Torches, the Future Star will spawn on the platform at the center. Approach the Future Star to complete this segment. Don't forget to claim rewards from the event details!

Related: All 20 Lost Energy Block locations in Genshin Impact – In the Name of Anfortas

The easiest way to do this is by following the Tri-Yana Seeds in order and using a character who can apply Electro quickly (such as Lisa) to form bridges as you go along. If you're using a close-ranged character like Razor, keep in mind that you must get close to the Seeds to activate them. Try to avoid using on-field attacks, as they will keep the Seeds suspended in the same position for too long.

This is the exact path you need to take to find the Future Star.

The Tri-Yana Seeds will not float along the last edge of the bridge, so you can walk on the invisible barrier to reach the Future Star! Approach the Future Star to complete this segment. Remember to claim rewards from the event details!

Head to the edge of the small oasis south of Dar al-Shifa—its exact location is circled in the image above. Approach the glowing spot to prompt fungi to spawn. Compared to the previous days, the objective is straightforward: defeat three waves of fungi to complete the "puzzle."

After defeating the enemies:

Head to the area circled in the image above in Gandharva Ville, where you'll find a signpost with a glowing spot beside it. Interact with the glowing spot to Observe, and the camera will zoom into the top of a tree, where something also seems to be glowing. You must head to the top of the tree with the help of wind currents to find the Future Star.

You must use the wind currents to help you climb the tree and then climb the wooden ladder pictured above. Run forward to find a Bouncy Mushroom that you must jump on to reach the Future Star floating mid-air. Don't forget to claim rewards from the event details!

After collecting six Future Stars, you'll get an Event Quest called Great Future Star, which starts by speaking to Banu in Pardis Dhyai. After speaking with her:

After dialogue with Banu and Salma, you'll get the final rewards for the event.

Speaking of stars, check out our Genshin Impact Layla farming guide to prepare for an upcoming star chart-drawing expert.