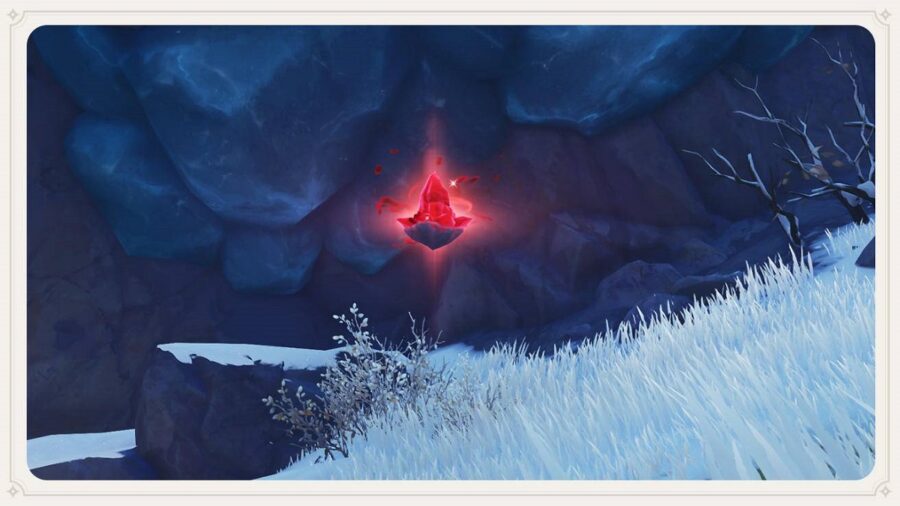 With the newly released Genshin Impact 1.2  comes Dragonspine, a new large region for gamers to explore. Alongside it comes a new type of leveling up system, more or less along the same lines as the Statue of the Sevens found all over Teyvat.

Where to find Crimson Agate in Genshin impact

To find Crimson Agate in Genshin Impact, you must be in the new region of Dragonspine, as this is the only place in Teyvat that you will find it. As you explore this new region, you will find many Crimson Agate; however, it's very much like the Oculi that can be found in Mondstadt and Liyue, that it's a limited resource.

It's not hard to locate Crimson Agates, as they glow a harsh deep red when compared to the snowy area around them; it's quite a contrast. And very much like the Oculi that appears on your minimap when you are in close proximity to one, Crimson Agate will appear just the same.