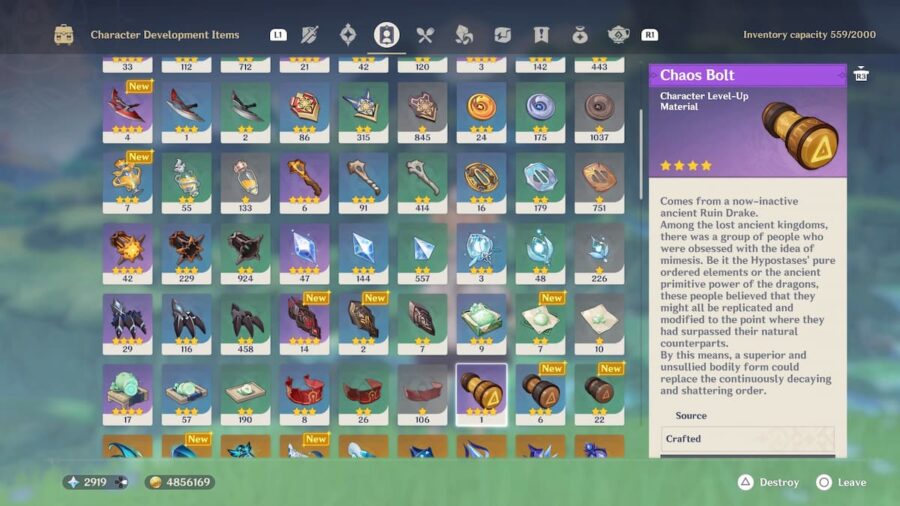 Where to find Chaos Storage, Chaos Module, and Chaos Bolt in Genshin Impact

Specific Ruin Machines drop Chaos Storages, Chaos Modules, and Chaos Bolts in Sumeru. As you can see from the map above, they are a bit sparse in the open world. Some good places to find a few grouped together are east of the Ruins of Dahri or nearby the giant ruin hunter on Devantaka Mountain. Occasionally you will fight them in the Blossom of Wealth and Blossom of Revelation Ley line Outcroppings in Sumeru. Enemies fought via Ley Line Outcroppings have a higher drop rate for ascension materials than enemies encountered in the open world.

There are only two types of Ruin Machines that will drop Chaos Storage, Chaos Module, and Chaos Bolt:

You'll recognize them by the gargoyle-like wings on their backs.

Where to get Chaos Storage, Chaos Module, and Chaos Bolt in Genshin Impact