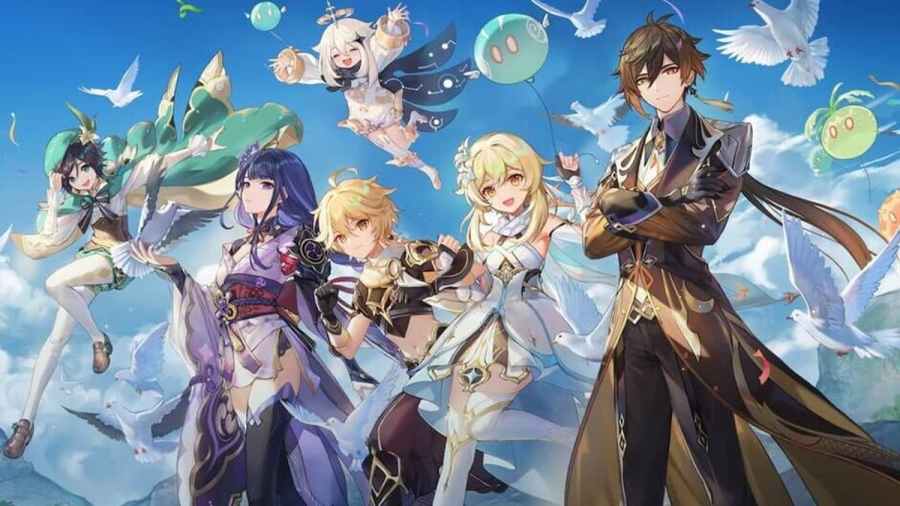 Genshin Impact features a wide-ranging cast of characters that each features their own unique play styles and stories. Characters ranging from The Wanderer to Ningguang each bring their own flair to the game through their personalities and abilities. However, Genshin Impact is set to release an incredibly unique character design in Layla, who could be categorized as a sleepwalking swordswoman.

Who is Layla in Genshin Impact? - Answered

One of these characters to be added is Layla. First appearing to players during the Fabulous Fungus Frenzy event, she asks players to help her complete her fungi team. After this, she teams up with Yae Miko as a 4-star character.

Layla's appearance is that of a tired scholar. Featuring light bags under tired amber eyes, her ensemble consists of deep blue and black hues with a white front as well as gold jewelry and a star symbol holding her cloak to her head. Her hair is very long and swirled into twintails, starting as dark blue at her head and trailing off into light blue towards the ends.

Layla is a student at Sumeru Akademiya and is part of the Rtawahist Darshan group that studies astronomy and astrology. While she gets great grades, she works extremely hard to get them, dealing with a large workload and insomnia as well. However, it seems that she may have another side to her, as her lore states she falls asleep and wakes up to completed tasks she has no memory of. Sleepwalking could be an explanation, but it is implied Layla may have another personality that appears while she is asleep.

What are Layla's abilities in Genshin Impact?

Layla is a shortsword-wielding Cryo character that flourishes in combat, dancing around whimsically with each attack. So far, her abilities revealed are as follows:

Who is Layla in Genshin Impact?