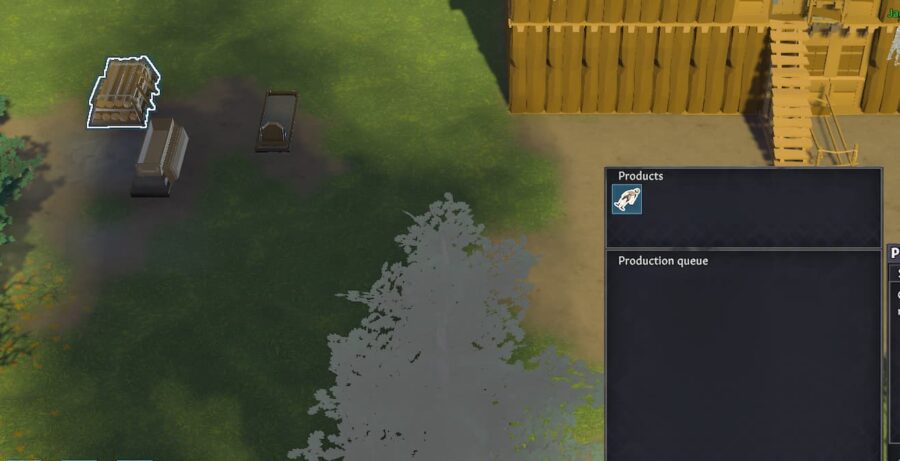 If you want to bury your dead or simply dispose of dead bodies after a raid it is simple. To start, you can bury your dead by building graves found inside the Misc building tab.

You can find this tab at the bottom left of your screen or by pressing F5. When you press F5, you can then build a grave by pressing the unmarked grave option. Doing so will allow you to place an unmarked grave.

However, you can also place four other types of graves. The main difference between these graves and that of the unmarked is that these give an indication of who is in the grave.

If that sounds like something you want, feel free to start with just a simple wooden grave marker for ten wood. Once placed and built, your settlers will automatically place any dead bodies from stockpiles into the grave if their haul job priority is high.

Related: How to get Iron fast in Going Medieval

If this is not the case, feel free to set their priority now by going into the job menu and hitting the number under the job haul until it is a one. After that, your settler should have no problems taking care of the dead, but that's not the only way you can deal with dead bodies.

In short, in the same tab as the graves is an item called a pyre, and it is used to burn the dead - you can build it 15 wood. That being said, place the pyre down, and you will be able to start burning the dead by starting a production queue inside of it. When the queue is started, your villagers will bring a dead body over as if it was a grave.

How to make limestone bricks in Going Medieval

How to cook food in Going Medieval

How to store food in Going Medieval

How to research in Going Medieval

How to get more settlers in Going Medieval

How to get Iron fast in Going Medieval