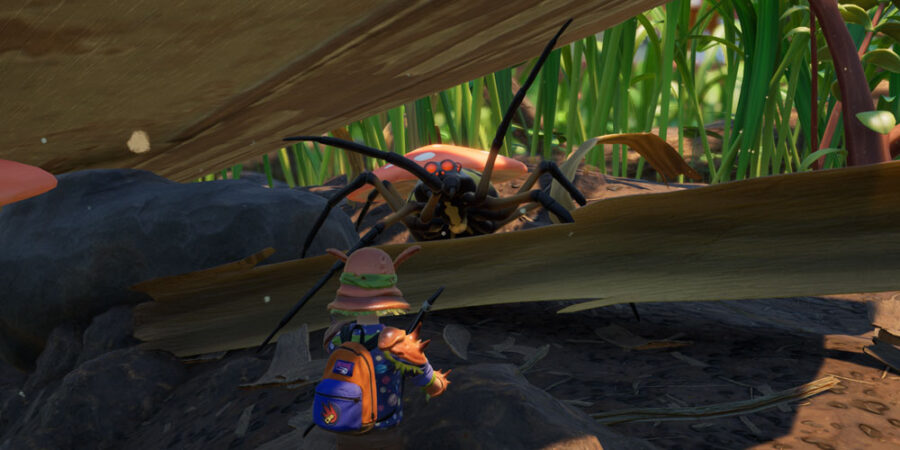 Spiders are the most formidable foe in Grounded, but that doesn't mean there aren't ways you can kill them in the early game. Spiders are necessary to kill because they have a lot of important resources you will need to upgrade your gear, weapons, and even progress on items that will help make surviving a lot better!

The best way to kill spiders in Grounded is to find ways to get them stuck against things they can't move through. Normal grass is not good enough, because they can easily make their way through it. So, look for objects like leaves, branches, or landmarks that they can't get through to pin them against. Once you've got them stuck, you can launch arrows into them until they are dead! 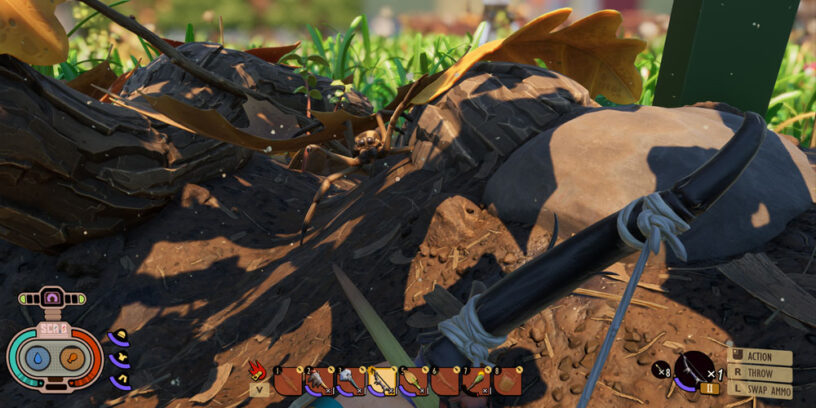 One good location was found by Nooblets, which allows you to kill a Wolf Spider with relative ease. Spiders do actually sleep in the game, so you can actually sneak around them while they are taking a snooze. We can use this to our advantage to kill a spider that spawns in a particular spot. Head over to the southeastern part of the map, over near the berry bush. If you go just south of the Yoked Girth Head landmark you will find some leaves piled up in kind of a dome. 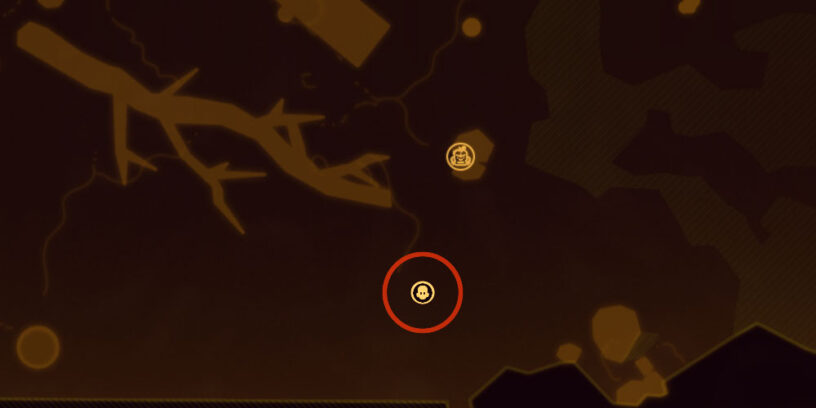 If you're lucky, you will find a Wolf Spider trying to catch some winks inside of it. If that's the case, sneak around to the back of it and fire an arrow at it through one of the holes. The spider will try to attack you, but it can't get through the leaf structure and won't be able to go around. Keep launching arrows at it until it's dead, and you will have easily slain a spider.

To kill an Orb Weaver Spider easily, you can do basically the same trick at a nearby location. This one is a bit more dangerous, because the spider won't always get trapped, so you might need to try it a few times. However, it does work the majority of the time. Head to the following location on the map. It 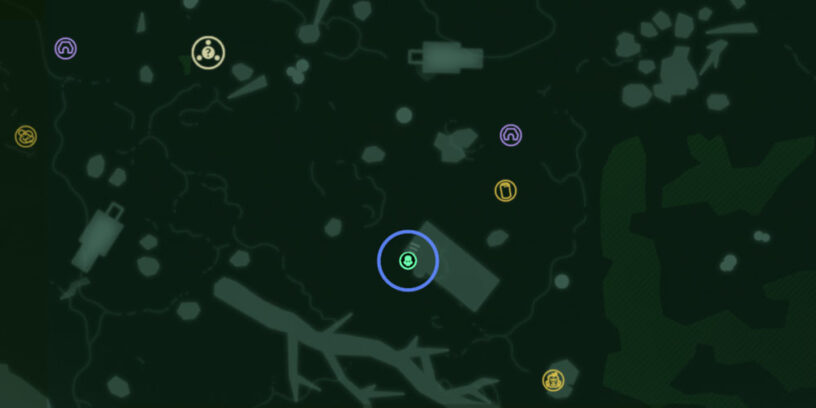 It's directly southeast of the Mysterious Machine, and northwest of the Yoked Girth Head. You'll know you're here because the location is directly under a piece of broken wood fencing. There's plenty of Orb Weaver Spiders in this area, just draw one to you by shooting it with an arrow. You can then run the spider into the dry piece of grass that is under the fence and they will get stuck. As long as you stay far enough away from the spider, it will stay locked in place so you can use its face as target practice. If you get too close, it might jump attack over the grass, or it will circle away and try to fire web at you. Just stay back a bit and you shouldn't have an issue. 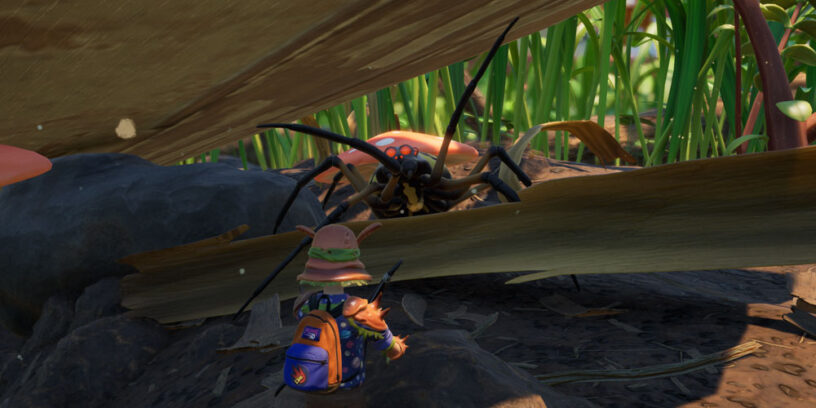 As mentioned, this wasn't a flawless method for me, because the spider would occasionally not get stuck on the grass. So, try to get them to follow you and jump over the grass to get them stuck. You might need to try it a few times, but overall it is pretty reliable.

Wolf Spiders can also be found in this area, so you can use the spot as a way to kill those as well!