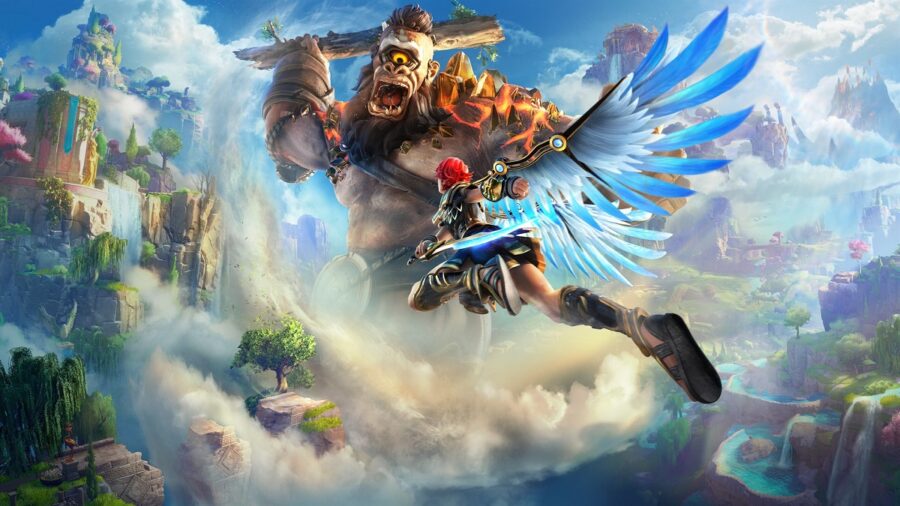 Immortals Fenyx Rising uses a new health system that uses chunks of health instead of one complete health bar. Each chunk of health represents a fixed percentage of your life, but you cannot regenerate your life fully out of combat, only up to a certain point. Making healing something that is essential.

To increase your maximum health in Immortals Fenyx Rising, you must first reach the Hall of the Gods. Once you are there, you can refine a substance known as Ambrosia found throughout the land and turn it into more health.

The quest to reach the Hall of the Gods is aptly named Gods and Monsters, and it's a quest to receive not far into the game. Maybe about an hour or two into the game, depending on how much you explore or the difficulty you are playing Immortals Fenyx Rising on.

When you finally reach the Hall of the Gods, here you can use a golden cup-like structure, called the Kylix of Athena, and turn those valuable Ambrosia into more maximum life. However, to acquire the first health upgrade, it takes six Ambrosia, but it will increase your health bar by one chunk, which is pretty massive. After the first increase, the amount needed will keep increasing every chunk you acquire. The Hall of the Gods is also where you increase your maximum stamina too!

Ambrosia can be found throughout the land, and it is widely scattered around. It resembles a multicolored crystal; just interact with it when you find some and bring it to the Kylix of Athena, and you're golden!

If you are having trouble locating Ambrosia, use the ability called Farsight, which is used by pressing in the right thumbstick in, very much like Odins Sight from Assassin's Creed: Valhalla. This Farsight scans the area around you, and you can tag objects on the horizon that will appear on your map, so it's best to use this from a high vantage point.

Immortals Fenyx Rising: How to Save

Immortals Fenyx Rising: How To Heal