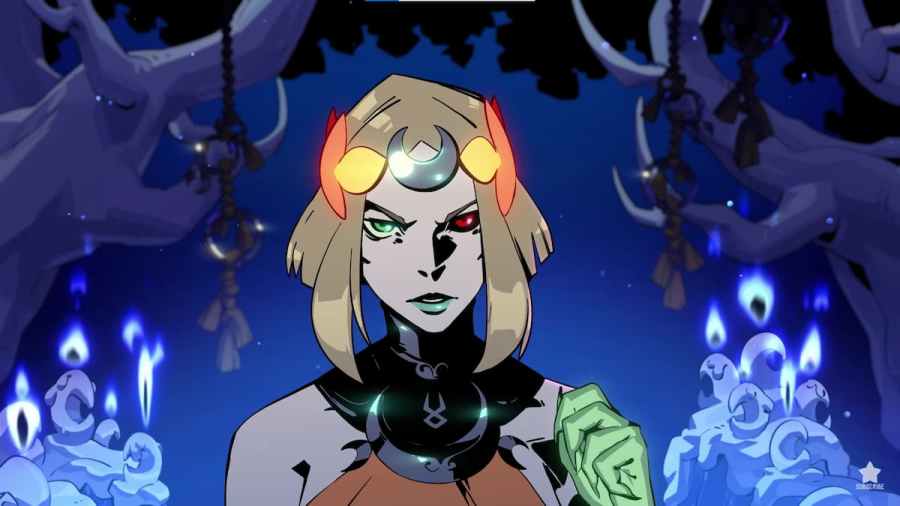 Supergiant Games' first sequel has been announced, and fans are going wild with excitement. Hades 2 takes us back to the fantastical world of Greek mythology to kill and die a million times. Though Zagreus's quest is over, aside from constant new runs with all the best mods, the sequel puts players in the shoes of another obscure mythological figure, but just who is the new Hades 2 protagonist?

Who is the new protagonist in Hades 2?

The new female protagonist you'll play in Hades 2 is Melinoë. Like Zagreus, she's a child of Hades and a Princess of the Underworld. Her heterochromatic eyes perfectly match those of her brother, and she leaves burning footprints with every step, making her relation to her brother clear. Also, like Zag, she's a fairly unknown character from the lore, and her presence suggests some interesting things about the game's narrative.

In the original text, Melinoë is a minor deity in charge of nightmares and madness. She's clearly the daughter of Persephone, but there's some dispute as to the identity of her father. The original Orphic Hymns clearly state that Melinoë is the spawn of Zeus, who tricked Persephone into baring his child. However, the Orphic legend often treats Zeus and Hades as two sides of the same character. Interestingly, this is also true of Zagreus in the lore, meaning that Supergiant could canonize both or neither being Zeus's secret child. For the time being, the games treat them both as children of Hades.

Melinoë is closely related to Hecate, the triple-bodied goddess of magic. It's clear from the trailer and surrounding information that the woman in the hat who trains young Melinoë is Hecate, seemingly marking her as the primary boss you'll be fighting. Melinoë shares a lot of moon symbolism with Hecate, and that's reflected in both characters' designs.

Melinoë is as obscure now as Zagreus was before Hades elevated his status. Despite some questionable elements in her backstory, she's sure to be the next big thing when Hades 2 comes out.

For more Hades 2 news, check out Hades 2 stops time and revives the hype only on Pro Game Guides.

Who is the new Hades 2 protagonist?