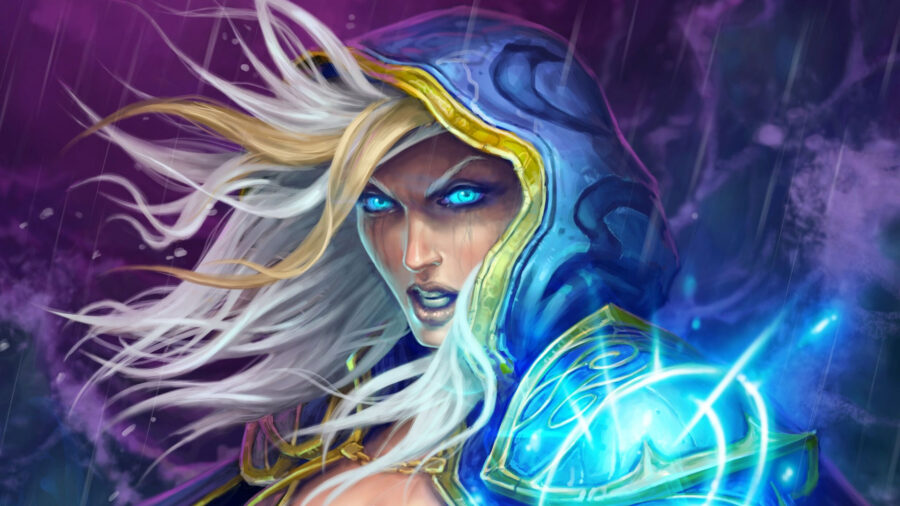 Mage is the premiere spell-slinging class of Hearthstone, so make sure to put on your wizard's hat and robe! We're taking a look at the best Mage decks you'll be able to play with in the Scholomance Academy expansion. The class got some new toys to play with, so there's some new options to now bring to the Standard or Wild ladder.

Mage is probably most well-known for being the class that used to stall you out until it could burn you out with spells. Freeze Mage was the signature for Mage for a long time, but it had so many cards nerfed and thrown into Wild that it's very hard to piece it together anymore. The class has since moved onto various other archetypes, things such as Secret Mage, Mech Mage, Tempo Mage and Highlander Mage have made up its identity for the most part over the years.

The best decks for Mage in Hearthstone right now are Small Spell Mage, Highlander Mage, and No Minion Mage! Highlander has been strong for a while, so it's not a surprise to see it doing well. Spell Mage is a newcomer and throws together a bunch of cheap spells into a deck that contains minions that can take advantage of such things. No Minion Mage gives you ways to summon random minions via spells, and utilize powerful cards that benefit from not having minions in your deck!

Spell Damage based decks are getting another shot in Scholomance! This has been toyed with in the past, but didn't have quite enough cards to make it happen. Now we've got the low cost Lab Partner, and the intriguing potential draw engine of Cram Session. You can maybe get an extra card or two out of it in the early game, but in the late game you might get quite a hand refill if you play it right. The card Primordial Studies is a very nice way to support the deck, which will hopefully give you a card that fits the current board-state.

Reno Mage still remains as one of Mage's best decks for the meta. It's not as good as it used to be, and has been replaced as the top pick for the class, but there's still a lot of fun to be had with the list. Scholomance didn't add a whole lot of power to it, so if you are returning back to the game, you won't need to change many cards to have it in fighting form.

No Minion or Spell Mage is seeing success in the Scholomance meta. I always liked this archetype, because it felt the most Mage-like. Slinging spells is what the class is all about, and this is the distilled form of that. This deck did okay in Ashes of Outland, so we're hoping it continues to remain strong in this meta.

These are decks that don't see as much play but could be worthwhile if you're looking for something different!

Prior to Expansion: Big Mage

Mage's off-meta option right now is the Big Mage style of play. It's going to be a bit less unpredictable than the Highlander option, while maintaining the usage of Dragon synergy to power up the list. You've got both Dragoncaster and Kalecgos to give you a chance to get off a big 0-mana spell.

Wild can be a bit difficult to predict, so here's a look at some decks that have been successful on the Wild ladder. You will find that the meta of Wild doesn't fluctuate as much as Standard does when a new expansion is released. This generally only happens if one Standard deck in particular is very dominant. Normally, you will notice that just the most powerful cards out of the set find their way into decks.

Secret Mage is one of the classic decks in Hearthstone and continues to live on in the Wild format! Scholomance gave it no real help, so if you played it previously, you can continue with the deck from the past.

This is a bit of a mix of synergies, with Elemental, Quest, Spell, and Minion based strategies coming into play. If you were playing this deck before, then unfortunately Scholomance has been no real help to you. The list is the same as it was prior to the release of the expansion.

That's all of the top meta decks for Mage right now in the Scholomance Hearthstone expansion! We'll be adding more lists in the future as things are discovered and new cards are released.