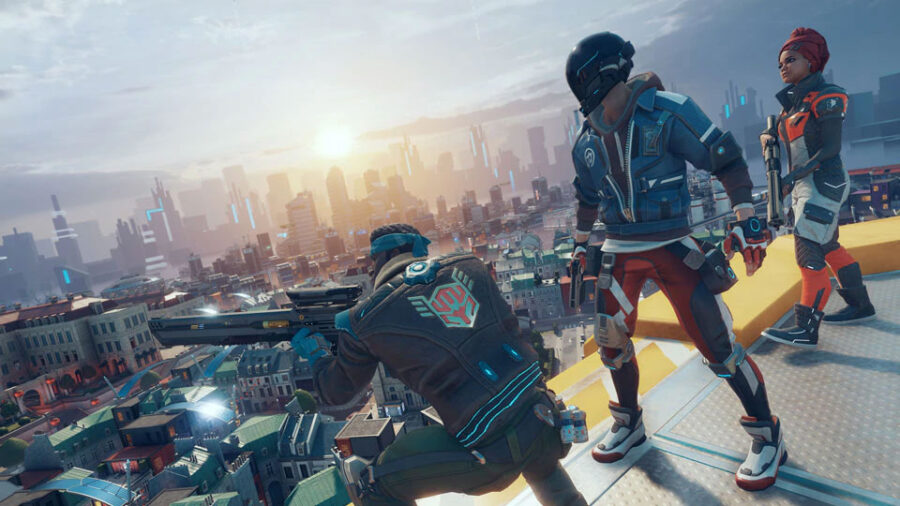 Hyper Scape is the newest game to throw its hat into the Battle Royale ring. It's pretty interesting entry into the genre and combines looted abilities with upgradeable weaponry. No matter how good you are at this kind of game you or your teammate is inevitably going to be on the receiving end of some eliminations. Do not fret, however, because you or your friends can be brought back into the game via restore points! We'll go into more detail on this process below.

How to Revive Players

While you have been eliminated, you can run around the map as a specter of sorts. This is useful to your teammates because you can safely locate enemy players and place a ping near them so your squad knows where they are! You can be pretty valuable even after you've been eliminated, so don't stand around waiting to be resurrected!

Once your teammates are safe to revive you, then you'll want to head to one of those yellow triangles and activate it. Your teammate will then need to interact with the area and after a short while you will be brought back into the match. You will then need to gather up some loot, because as mentioned you will have dropped everything when you were slayed!