Our Hytale Monsters & Enemies List provides a full look at all of the currently known evil type NPCs you'll be potentially interacting with in the game! While we're still only learning bits and pieces about the game, there's been enough official posts and videos to get some pretty good information on some of the monsters that will be roaming the wilderness!

Hytale appears to be a bit on the darker side when comparing it to Minecraft. There's some pretty evil looking monsters that will be terrorizing you in the wilderness, so you will need to keep your wits about you when venturing into new territory!

If you are curious about some of the more friendlier types of wildlife you'll interact with, then check out our list of animals here.

The game has not gotten into beta yet, but there's still enough information to compile a bit of a list for all of the monsters we can expect. Keep in mind that some of these monsters and enemies might not make it into the final build of the game! 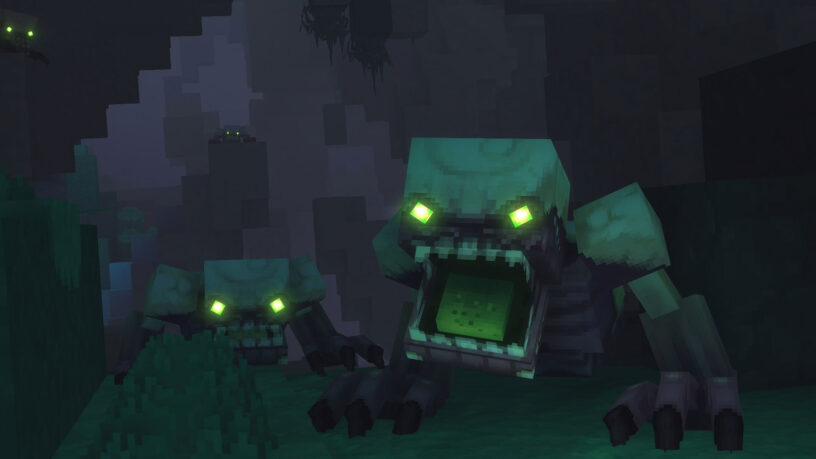 Crawlers lurk in the darkness, waiting to leap out at unsuspecting adventurers. - Source

Crawlers have a kind of skeleton mixed with a zombie feel to them, and they'll likely be coming out of areas where you do not expect them. 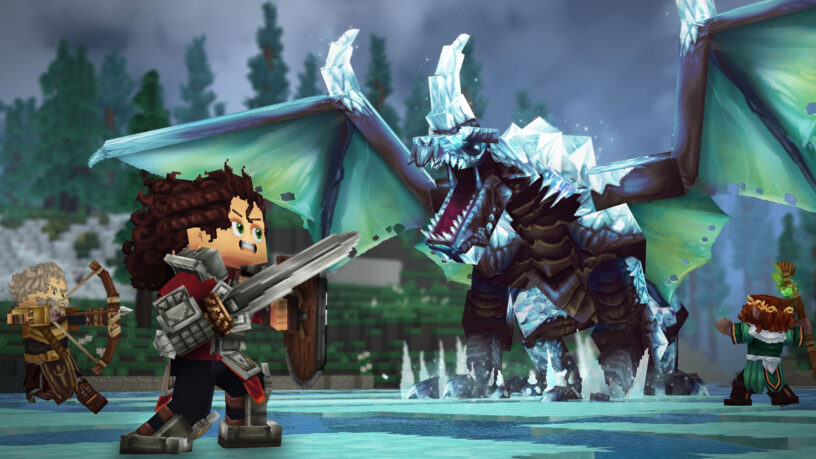 THERE BE DRAGONS! The dragons you face will likely be influenced by the zone you fight them. We've seen a couple of these in the concept art and trailer, there's this ice looking one and a purple one that could be inflicted with void power. Whatever the case may be, these are going to be a formidable enemy!

We aren't 100% sure what this scary fire beast actually is named, but the file that showed it was labeled "emberwulf" so I went with that. This is likely an elemental sub-type of what could potentially be a "Wulf" type monster. We'll have to wait and see, but until then we can look at this awesome image of it in game! 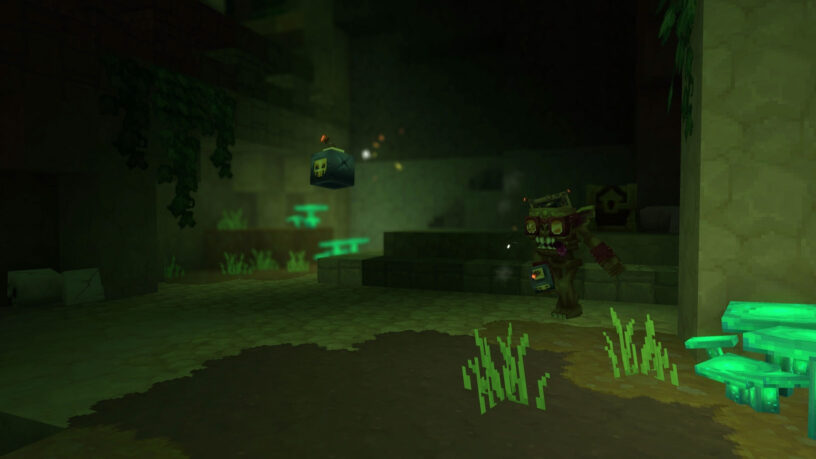 Goblins are fond of throwing bombs at a problem. These can destroy blocks and create holes, which is a problem in and of itself. Good job, goblins. - Source

Not too much is known about Goblins just yet, but it's clear they are going to be able to throw bombs around based on the promo image above! Goblins traditionally stick to caves, and they have been known to build intricate civilizations underground depending on who is writing their lore. 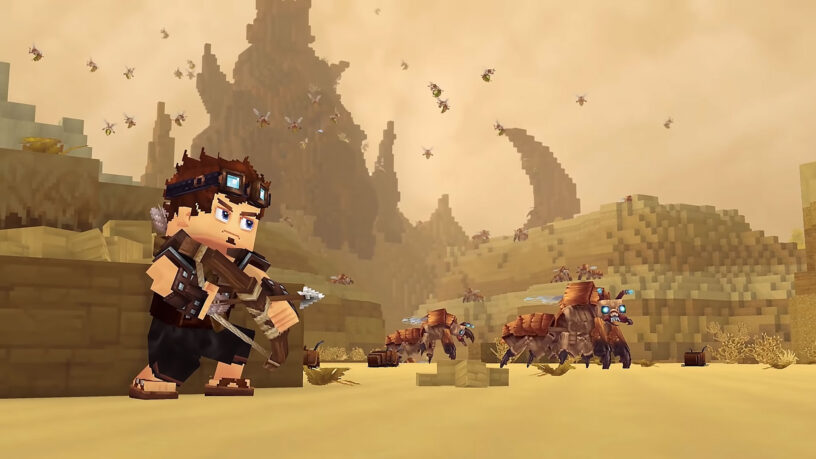 These were shown in a blog post and in the official announcement trailer but we aren't exactly sure what they are. They are clearly going to be part of Zone 2 which is the desert part of the world, and you can also see their creepy babies crawling around. They appear to be some kind of mix of beetle that can fly around and can potentially sting like a wasp or hornet! 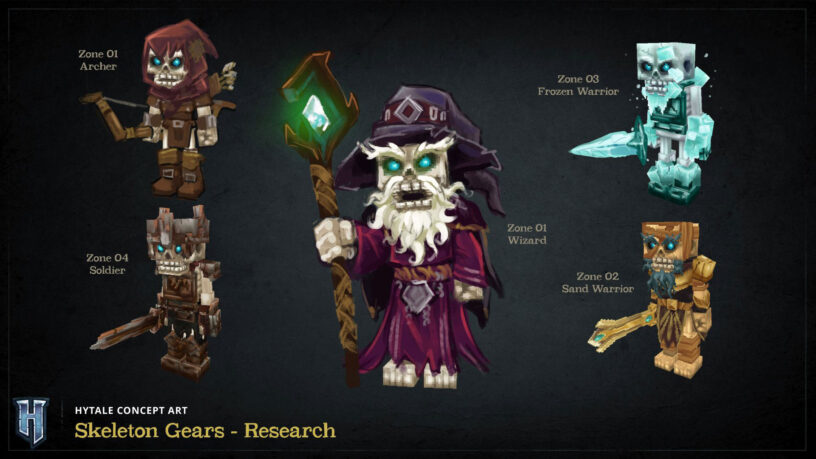 Skeletons are a staple of fantasy adventure games. In adventure mode, you'll encounter them as you delve into dungeons and pick through ruins above ground. They're common foes, but - like Trorks - they appear in several variants, including archers, mages, and warriors.

There appears to be quite a variety of different Skeletons, and which ones you come into contact with will largely depend on what Zone you are in. Each distinct Zone contains multiple different biome types, and you'll run into monsters that reflect that landscape. 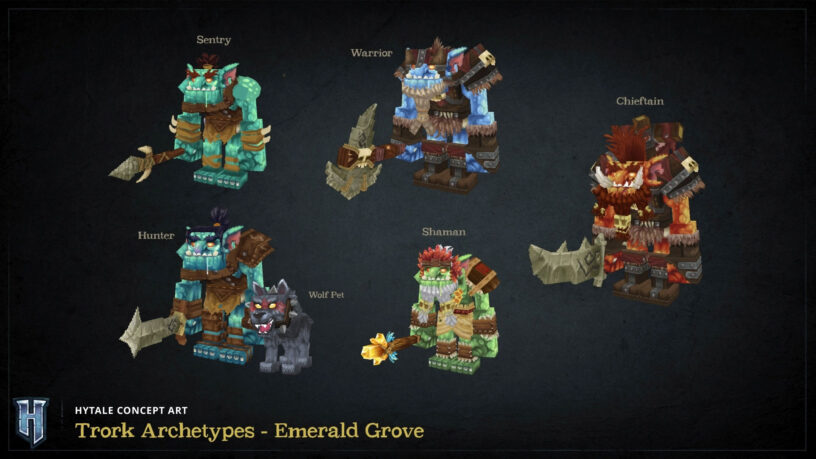 "Fantasy is often quite similar, and one way to make this ours is to have fun with it." Thomas says. The name 'Trork' actually started life as a joke. "I was experimenting with a basic archetype, the brute creature - a very muscular monster. I didn't want to do an orc or a troll, so I created a hybrid. Everybody ended up calling it a 'Trork', and we ended up integrating that." - Source

Trork appear to be one of the more common "monsters" you'll be running into when you are running around in the game. They have villages scattered around, and will protect them with force if you attempt to infiltrate them! They are kind of a blend of an Orc and Troll, and will likely be a formidable foe for players who have just started their journey. Trorks will come in many forms such as sentries, hunters, warriors, shaman, and chieftain! 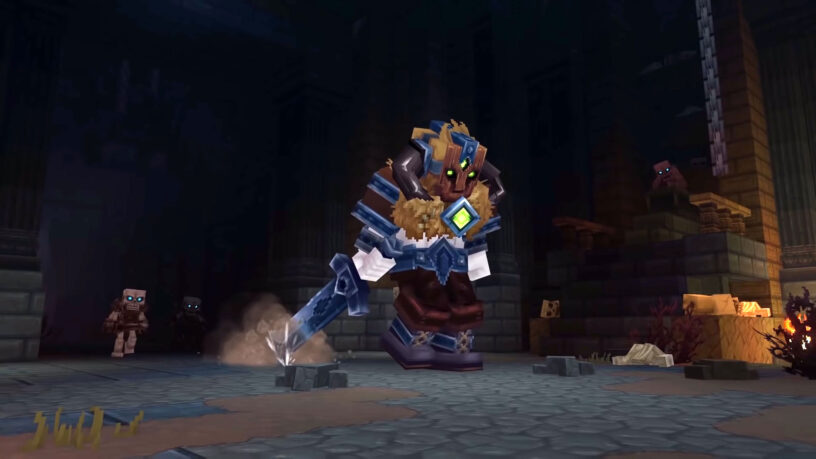 Nothing official known about this big guy, but it could end up being a boss in a particular dungeon type. It looks like an undead that kind of has a viking look to it, which explains the name I gave it. We'll add more information once we know more. 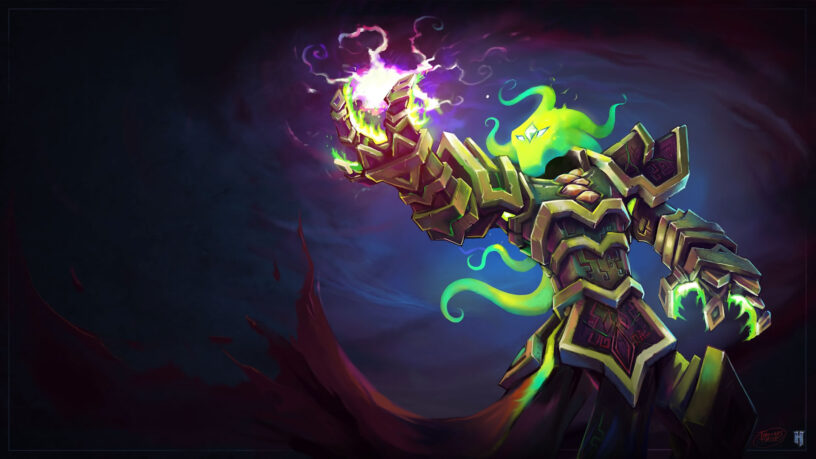 The creatures of the void make up the armies of Varyn, Hytale’s chief antagonist - you can see a little more of him in the key art showcase we posted earlier this year. These demonic monsters come in many forms, but all pose a lethal threat. Their designs tell a story, offering clues to their origin and indicating that they each represent part of a greater threat. - Source

Varyn is the main bad guy in Hytale! He commands the armies of the void, and will likely be the most formidable foe and final boss you fight in the game. Very little is known just yet, but Varyn is the ultimate evil that is tormenting the lands! 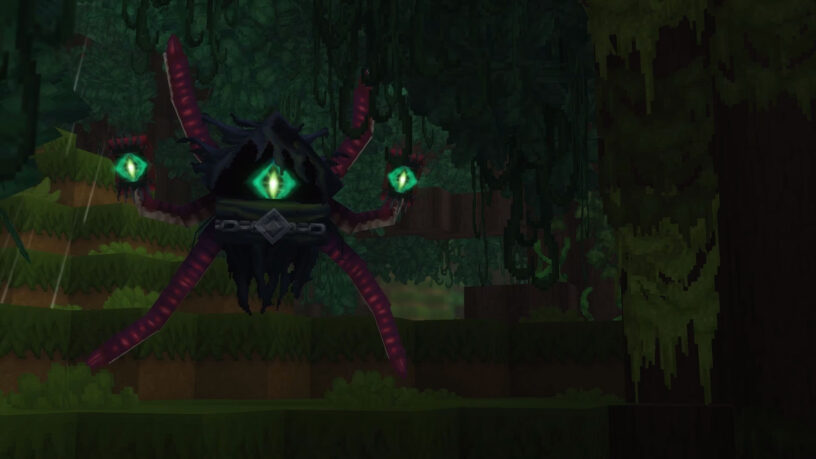 Void Eyes summon allies to their aid when threatened. - Source

Void Eyes are floating evil creatures that will torment you with multiple threat from their summoned allies. These kind of remind me the Cacodemon's from the DOOM series. 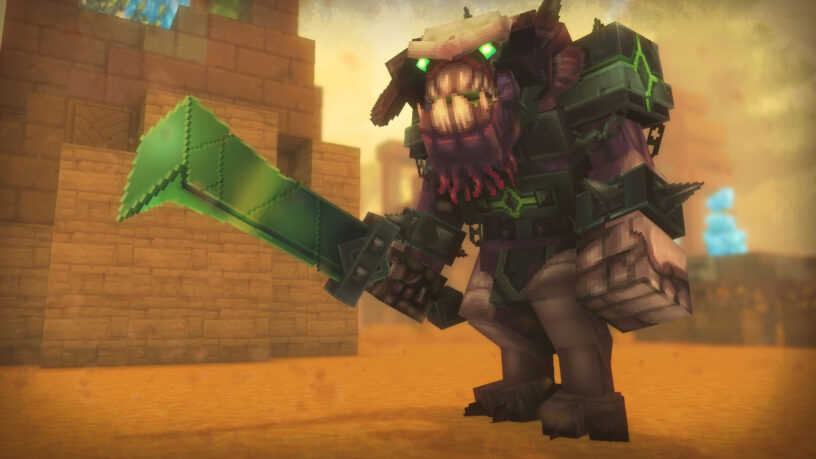 The most dangerous monsters have an appropriately threatening appearance, particularly the Void Spawn - they’re some of Varyn’s most dangerous soldiers. - Source

Another void monster is the Void Spawn. These are ground based minions that wield huge swords and are particularly dangerous when encountered. 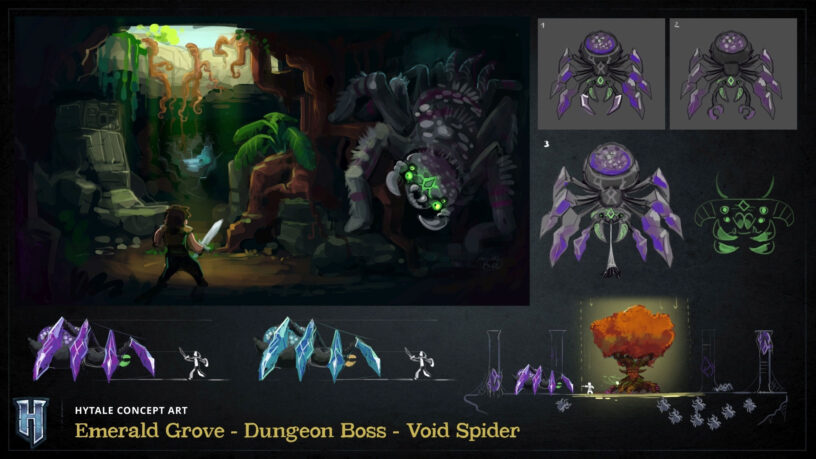 It looks like if you delve deep into a dungeon in the Emerald Grove you could encounter the Void Spider. This is a mix of Varyn's void magic with one of the terrifying creepy crawlies! 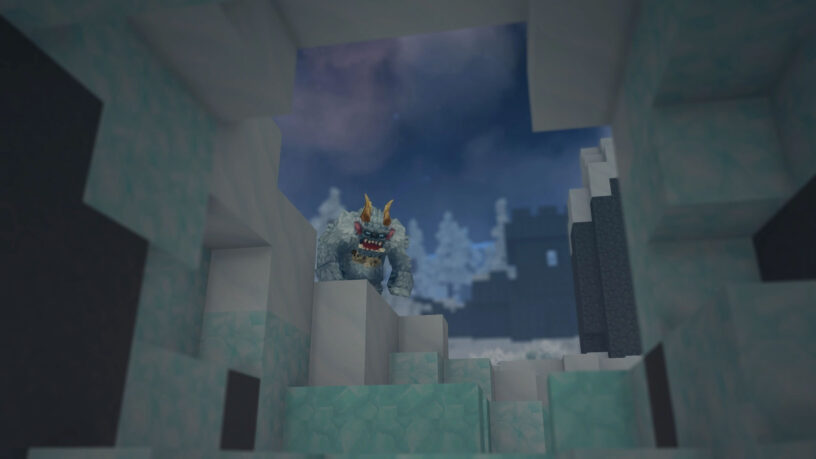 This monster was mentioned in the post about Zone 3 which is the cold and frigid area of Hytale and the World of Orbis. It was not specifically named, so we're calling it a Yeti until we learn more! You can also catch a glimpse of this big guy in the announcement trailer, where it's capable of pulling out big pieces of the environment and heave them at you. 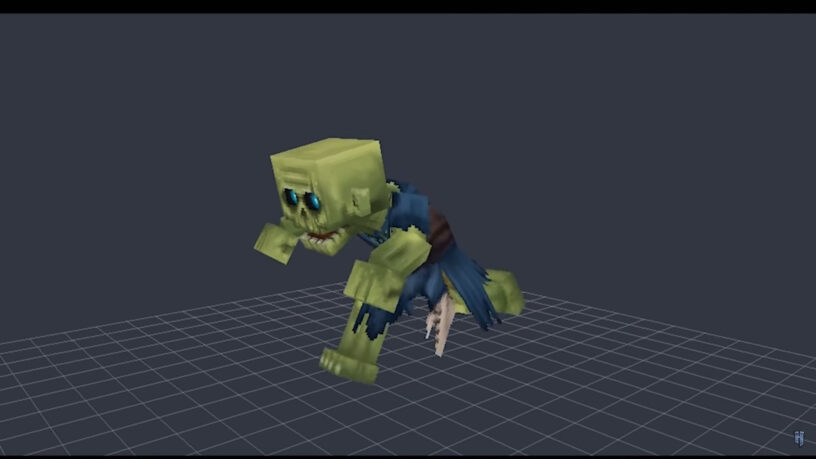 Crawlers aren't the only undead thing creeping around corners, you'll also have to watch out for zombies coming out of the dark corners of the Hytale world!