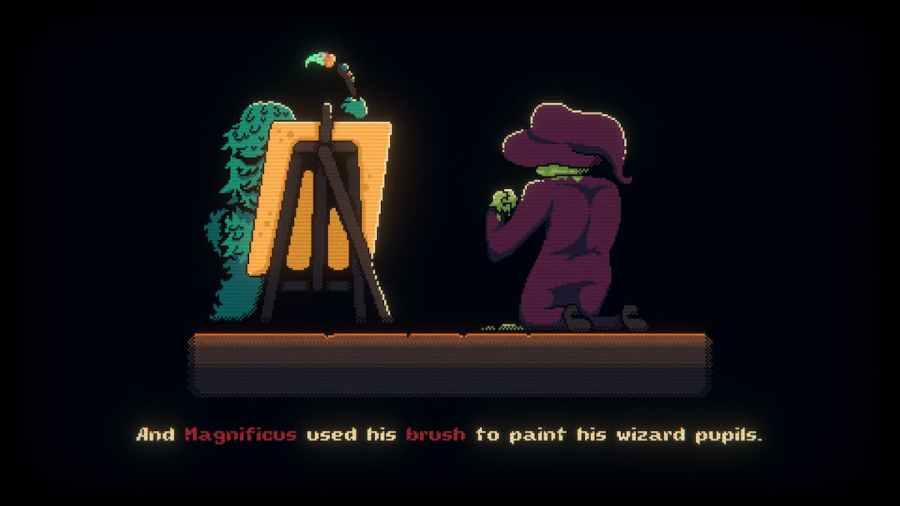 Act 2 kicks off and gives the player a lot more freedom of choice than Act 1 did. Instead of being confined to Leshy's cabin, players now have four different areas to explore. Their goal is to defeat the four Scrybes and take one of their places. One of these is Magnificus, Scrybe of Magick.

To battle Magnificus, the Scrybe of Magick, you will first need to complete the pillar puzzle and defeat Magnificus' three apprentices. After finishing these tasks, Magnificus will battle the player at the top of the tower. He has two phases like the other Scrybes and bosses.

Related: How to solve the Pillar Puzzle in Act 2 of Inscryption

Magnificus uses wizard cards that revolve around having gems on the field. To that end, his Magnus Mox card is his most valuable and dangerous card. You should prioritize killing this card by dealing as much damage as possible. Throughout the first phase, Magnificus will use his paintbrush to remove your card's sigil and paint a new one on there.

After beating Magnificus' first phase, he will enter the second phase. This will play much like the first phase with the exception that he also paints new sigils on his own cards. Take him out as quickly as possible because RNG could help you or hurt you in the long run. Once you beat Magnificus, you will have beaten the Scrybe of Magick.

For more information on Inscryption, check out How to beat the Scrybe of Beasts in Inscryption and How to solve the Camera Puzzle in Act 2 of Inscryption on Pro Game Guides.

How to beat the Scrybe of Magick in Inscryption