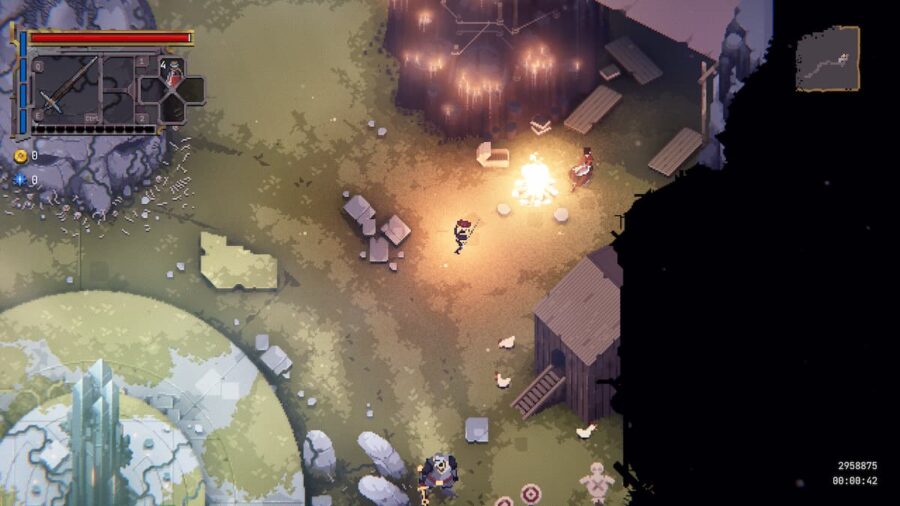 Loot River is a roguelike hack and slash title where you play as a mysterious stranger exploring a dark labyrinth. Each run sees you running through various areas, many of which are challenging. One thing you can unlock and equip is Modifiers. This may leave you wondering how to unlock Modifiers in Loot River.

Modifiers are unlocked randomly by mob drops in Loot River. This means you are at the mercy of RNG for unlocking Modifiers. But once you find and unlock a Modifier, you may be wondering how to equip them in Loot River.

Related: How to unlock new weapons in Loot River

How to equip Modifiers in Loot River

Modifiers can only be equipped at the start of a run in Loot River. You can do so by speaking to Iphis, who is found in the top-right of the Sanctuary. Speaking with her will allow you to equip up to three Modifiers for that run.

Typically, Modifiers will make your run in Loot River more challenging and provide increased rewards. These become a risk vs. reward scenario, and you should consider which Modifiers you equip carefully.

For more information on Loot River, check out How to get more healing potions in Loot River and How to Escape the Sunken Village in under two minutes in Loot River on Pro Game Guides.

How to unlock Modifiers in Loot River