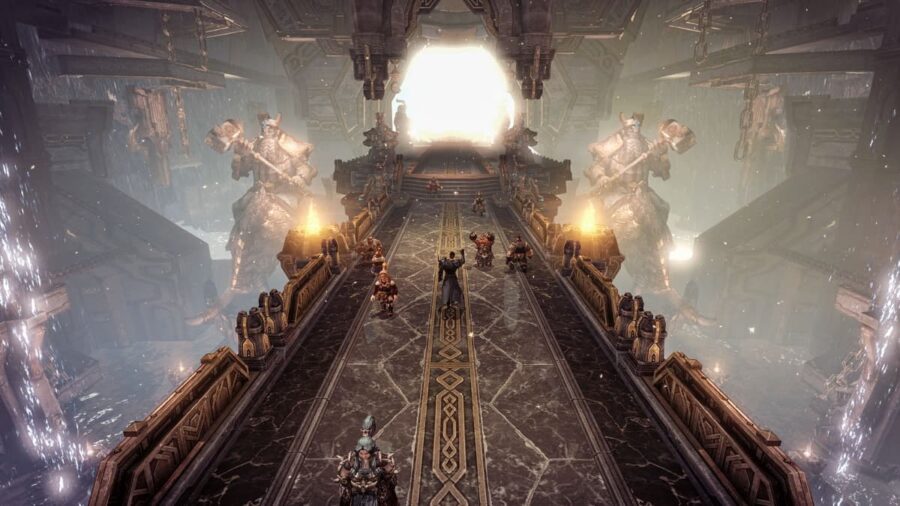 Lost Ark might not be the most crafting-rich MMORPG out there, but mining has some very important benefits that you shouldn’t overlook. Una’s Tasks are very important for your progress and often include both weekly and guild tasks that feature a lot of mining. You’ll also need mining to repair your dispatch ships, build bombs, and make ship and crafting parts. So, what are the best mining spots in Lost Ark?

Where can I farm Iron ore in Lost Ark?

If you are still working towards your first ship in Lost Ark, the best mining spot is in Lakebar, on the continent of West Luterra. You can run a route from the Lakebar Encampment in the north down the middle of the zone until you reach the thin path that heads north to Lakebar Village. You’ll find lots of copper nodes all the way along that you can mine at any level.

Once you are able to sail the seas, you have two more choices for low-level nodes that produce Iron Ore. The best is Meteora Island, just off the northern coast of North Vern. This small island has lots of fast-spawning copper nodes and no mobs. If this is busy, you can also try Lullaby Island, just east of Wavestrand Port. It’s a bigger island also good for logging and foraging, and is again mob-free.

Where can I mine T3 in Lost Ark?

If you are wanting to mine the rare purple T3 mining nodes, you have a couple of good location choices. Just remember you need to be mining level 30 before you can use them. Niheltalop's Thoughts Island is a good spot for silver ore and strong coral stone nodes, as the southern part of the island has no mobs and is often empty. Tideshelf Path in Punika is also a fun spot for these. The area around the Central Plaza Triport has many nodes and no creatures to battle.

For strong olivine T3 nodes, you’ll need to go Yorn. Black Anvil Mine is just about the best zone, but you’ll need to run around a lot and there are mobs everywhere. Finally, the ultimate location is Nahun’s Domain Platinum Field—loads of nodes and awesome potential bonuses. But, you'll need to find an Entrance Ticket (random drop from all crafting nodes) to get in and they only last 15 minutes.