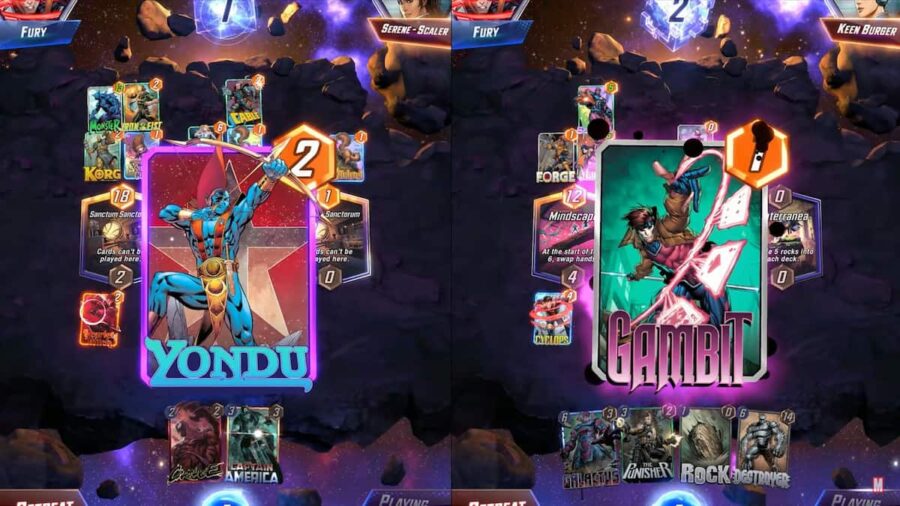 Second Dinner is cooking up a brand-new game filled with fan favorites ranging from Professor X to Captain America. This new title challenges players to collect and strategically utilize cards against their opponents to claim victory.

What is Marvel Snap about?

Fans of Hearthstone are likely going to feel at home with this upcoming Marvel card game. It comes from the Second Dinner game studio, which is made up of former Hearthstone game makers. Marvel Snap is a fast-paced card game that lets players take turns making risky moves against one another in as short as a three-minute battle.

The overall goal of is to collect Cosmic Cubes at the end of matches. The name Marvel Snap comes from a move in the game you can make within a match. A Snap is a wager that says you feel you will beat your opponent (you're betting on yourself) that doubles the loss or win of the outcome. Just like Hearthstone, Attack and Defense are at the heart of the cards and their value.

When does the Marvel Snap game release?

No official release date has been announced for Marvel Snap, so we can't be certain when the game will release. There is a beta for 2022, but it's a closed beta that is not open to all players. While you are waiting for the official release, you can sign up for the Closed Beta.

Does Marvel Snap have microtransactions?

Want to read more about new games? If so, check out What is Roller Champions? Release date, gameplay, and more! on Pro Game Guides.