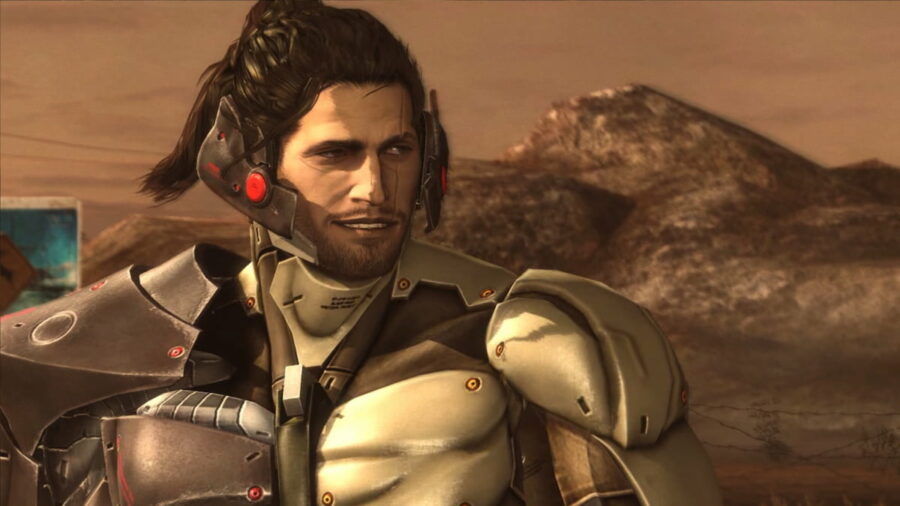 Jetstream Sam has appeared in several story cutscenes before now, but in Mission R-06 Badlands Showdown, we finally get to engage in a proper fight with the cyber samurai. Sam is a challenging enemy to defeat due to his speed and incessant combos.

If you haven't learned to parry previously, Sam's fight will force you to learn. Despite his intimidating presence as the second-to-last boss in Revengeance, Jetstream Sam is not unbeatable. Here's how you beat Jetstream Sam's boss fight in Metal Gear Rising: Revengeance.

Sam is one of the more aggressive bosses in Revengeance. After your attacks, he often counterattacks, punishing you for engaging. Even though he only has 100% health, his fight can be brutal for those who aren't comfortable with parrying. Unlike other bosses, Sam generally plays defensively until you attack first. When you do land an attack, Sam fights back with quick strikes in retaliation.

The key to beating Sam is becoming familiar with his attack patterns. One way to understand his attacks is by playing on the defensive for a few attempts. Try to avoid attacking and purely defend from his attacks. Although he does play a little differently when the player starts attacking, this is a great way to learn how to predict his attacks.

Related: Where to Find Hideo Kojima in Cyberpunk 2077

At the start of the fight, Sam will lift his hands and taunt, providing a perfect opportunity to get a few strikes in. He will play fairly defensively at the beginning, although he does toss out two combos that are lethal. Each combo has four strikes, with three at the start, then a pause, then the last one. Every one of these attacks must be parried individually, making for four parries in total.

The other combo is similar, as it also has four strikes. In this combo, Sam will strike twice, then pause, then his sword will propel itself toward Raiden with another strike and one last blow to finish it off. If you get caught in one of the early attacks of this combo, it is difficult to regain your footing, as some of the attacks stun Raiden. If possible, it is best to parry these combos in their entirety. He typically executes these combos after you attack him, and it is used as a counterattack.

At some point during the early fight, Sam will lunge at you. Parry this attack, then activate Blade Mode and slice his hand. During Blade Mode, you can also sneak in a few extra hits before hitting his hand to inflict additional damage. Striking his hand in Blade Mode will knock the sword from Sam's hands, and he will fight unarmed. The main threat in this phase are Sam's lunges, where he attempts to grab you and slam your face into the ground. You will know when Sam is about to do this attack because he stands at a distance and his eye glows red.

To parry this attack, face his direction. Then, attack right before he collides with you. If you try to parry too early, the parry will run out of time, and you will still be hit by the lunge. Be aware: directly after this lunge, he will attempt to kick you. He does not give a definite warning of when he will kick, he only slightly winds up with his body. After his health bar is reduced to around 50%, he will attempt to grab your sword. After you succeed this quick time event, he will retrieve his own sword and activate his third phase.

Once he retrieves his sword, Sam will play aggressively. The main threats in this phase are his blade rushes, where his sword glows red and he lunges at you. These attacks can easily overcome you, preventing you from regaining your footing. He likes to activate several of these attacks in a row.

When Sam jumps away, crouches, and his blade turns red, you know he is about to perform this maneuver. This phase is all about survival and doing little bits of damage when the opportunity arises. He will also do an attack where he winds up and slams his sword down, so watch out for that attack.

Sam will use one of the blade rush attacks when his health is around 10%, which activates a quick time event. After succeeding the quick time event, a cutscene will play. You've done it, you've killed Jetstream Sam. Congratulations!

For more Metal Gear content, come check out Metal Gear Solid 2 and 3 have been removed from digital storefronts due to licensing—Konami promises the games will return soon here on Pro Game Guides.