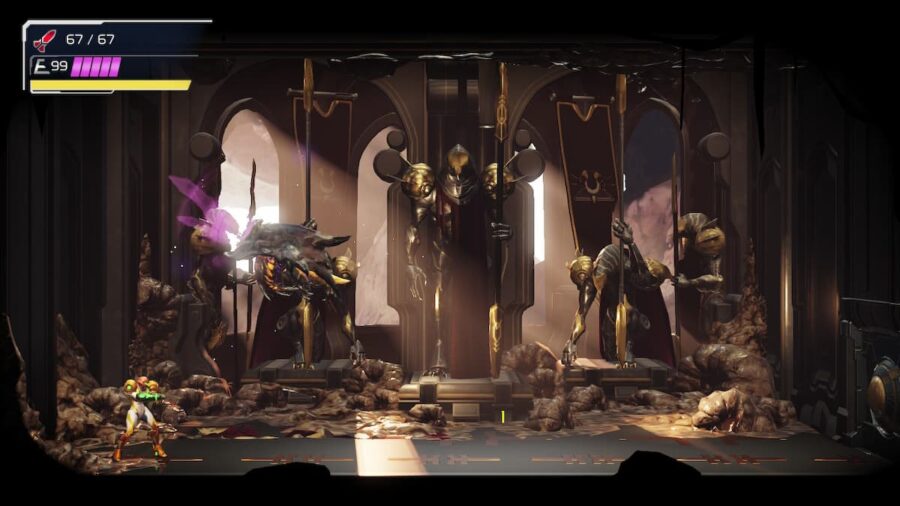 Metroid Dread is a Metroidvania filled with content for the player to find and collect. These include abilities and upgrades for Samus arsenal as well as enemies and bosses to fight. Often, defeating bosses is a way to obtain upgrades or abilities, and this is true for Escue.

Escue can be found in Ferenia in the bottom right corner of the map through the bomb block tunnels. This giant electric bug can be a pain to fight due to its speed and the small size of the room. Escue has two phases, with the first being significantly more challenging than the second.

Related: How to unlock the Storm Missile in Metroid Dread

In Escue's first phase, it has three attacks and an electric shield ability. Don't bother attacking when its shield is up, as none of your weapons can damage it. Escue has one melee attack and two projectile attacks. Its melee attack is easy to avoid as it simply tries to dive bomb you. Jump or dodge out of the way of this attack.

The projectile attacks are where things get tricky. One sees Escue launch a black orb that breaks apart if it strikes the wall. If it hits the ground instead, it will send out a shockwave. Its second projectile is much worse. It will rapidly fire dark projectiles that are all but impossible to avoid every single one. You will need to use all Samus' abilities and movements if you want to dodge them all.

Once you deal enough damage, Escue will begin phase two, and you will have a bit of breathing room. In this phase, the giant bug transforms into an X Parasite. While Escue is in this form, all you have to do is dodge out of the way and blast it until you win.

Where to get All Energy Tanks in Metroid Dread – All Locations