In the game of Minecraft Dungeons, there's quite a few things to find and unlock as you play through the story. One of those things is quite a few hidden areas which will unlock additional content for you to explore. We'll be taking a look at how to unlock all of the Minecraft Dungeons Secret Levels in this guide!

You will absolutely want to unlock all of these hidden levels because they will enhance your ability to gain additional weapons, armor, bows, and artifacts! You may not have even come across these in your first play through. This is because the locations required to unlock the levels do not always spawn on the map. So, you could have been playing and be completely unaware that they even exist!

There are four secret levels that can be unlocked at any difficulty in the game. These are Creepy Crypt, Soggy Cave, Arch Haven, and Underhalls. There's also a fifth level you can unlock, but that requires a different method, which is something we'll cover further down the post.

Each of the four locations is unlocked by finding a scroll item that is located in a hidden area somewhere in the origin map. What I mean by this is that all of the hidden levels mentioned earlier are paired with a specific map location. Creepy Crypt can only be unlocked in Creeper Woods, Soggy Cave in Soggy Swamp, Arch Haven in Pumpkin Pastures, and Underhalls in Highblock Halls.

Now, that would sound pretty easy, however, the scroll and hidden location does NOT spawn every time that you load up one of those maps! It is completely random, and you will have to get lucky to find it. Never fear though, we have some tips on how you will know that the scroll has likely spawned!

Play on the lowest difficulty, because there's no real incentive to play on anything harder. If you're at a state where you're destroying everything in sight, however, then play whichever you want! You might as well have a chance at some good loot. Also, be sure to use any speed items you might have, this will allow you to get through the level faster. Some of the areas are pretty deep into the map, so it takes a while to get to them.

The biggest key to knowing if one of the hidden areas is on the map is by viewing the full map when you spawn into an area. You can open up the full map by holding down on the D-Pad on your controller or hitting M on the keyboard. Look to the bottom left for the "Secrets" text. You will possibly see 0/0, 0/1, 0/2, and possibly even more. This number signifies how many secrets are currently on the map! Here's an example: 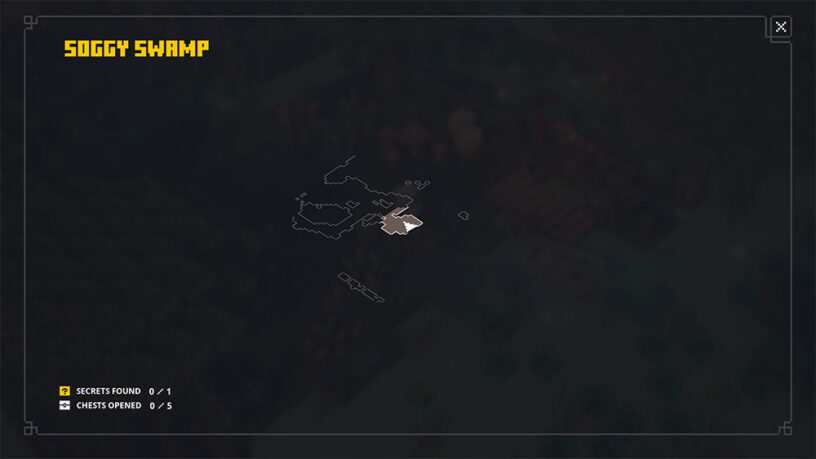 While this is a good indicator, it also can be a bit misleading. First, if you haven't completed the first difficulty of the game, then this is a bit easier for you. The reason for that is you will sometimes open the map and see 0/0. That means there's no secrets and you can immediately back out and launch it again. If you have completed the story once, then you will almost always see at least one secret due to the addition of Runes (these come up later). So, keep that in mind when you are looking to unlock the levels.

The more secrets on the map, the more likely you will find the area leading to the secret level. If you haven't beaten the game, then you could gamble with seeing one on the map, if you have, then your best bet is to look for at least two secrets before going to explore!

As mentioned there's currently four different secret levels you can unlock, and one that requires a bit more work. Here's a list of the unlockable secret levels, and some information on how to locate them:

Head to the Creeper Woods to open up the Creepy Crypt. Most of the time you can find the area you're looking for on the left side of the map, but you can't fully rely on this happening. From what I have gathered, it appears that the location will be either after or right before the area where you free the villagers. Make sure to keep your map open and look for an opening that winds away from the main part of the map.

Here's what you're looking for (Credit to Endgaming 34 for the Screenshot): 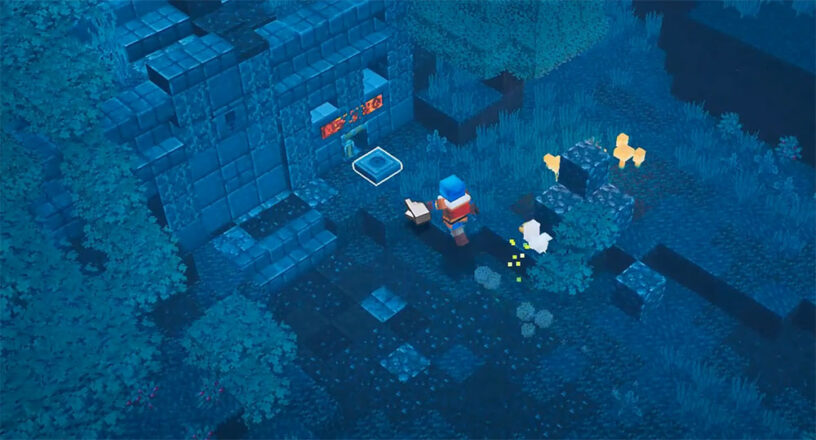 It's a temple area with a switch to the right of it. Hit the switch and explore the dungeon inside. You will eventually come to a pedestal with a scroll on it! Interact with it and you will have unlocked the Creepy Crypt.

For this one, you'll need to head into the Soggy Swamps map. The location is similar to the Creepy Crypt in that you'll be looking for a temple like area. It spawns BEFORE the Cauldron fight, so if you have made it to that point in the map, you've gone too far. You also do NOT need to complete the level after you've gotten the scroll. The area we're looking for will show up after the cave area, which can take a while to get through. This is where having some speed enchantments will come in handy.

When loading up Soggy Swamps, you are looking for either 0/1 Secrets BEFORE you've beaten the game once, or 0/2 Secrets if you have beaten the game and unlocked the new difficulty. This appears on the full map, check above in the Secret Level Tips for more information.

Here's what you're looking for (Credit to Gaming with Abyss for the Screenshot): 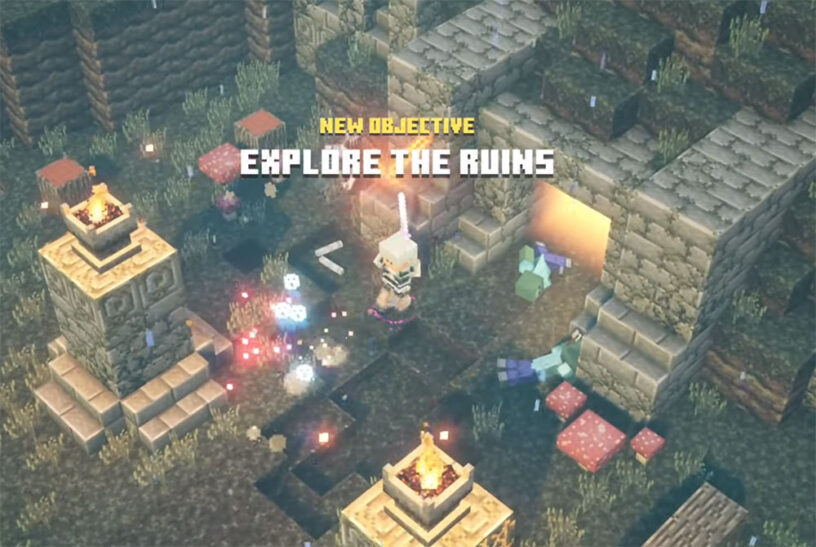 For this one, you'll need to head into the Pumpkin Pastures map. This is thought to be one of the most difficult ones because it's nearly impossible to figure out based on the secrets on the map. You can have a wide variety of secrets, and you might not get the area to spawn. You can go from 2 - 6 secrets at any one map opening, so you really just need to rely on speed and running through the map to check for it.

What you are looking to find is a boat with a glowing door on it. Here's what it will look like in game (Credit to Chris B for the Screenshot): 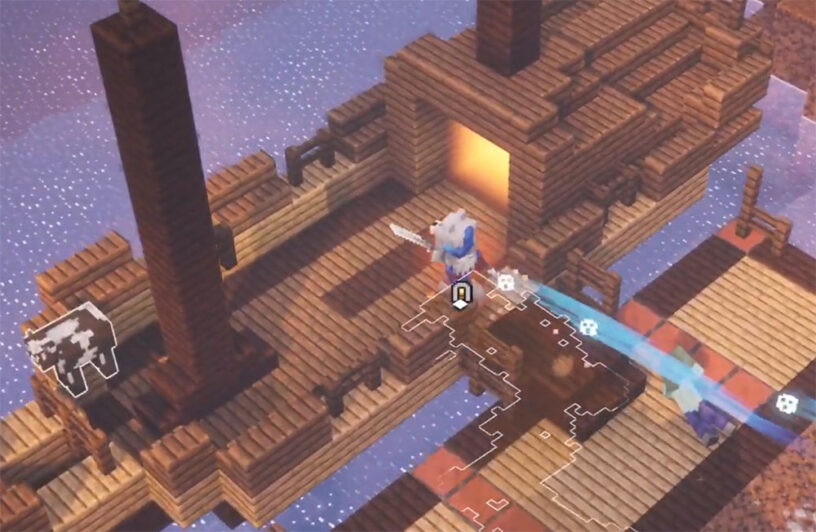 The boat seems to typically spawn in the first half of the map, prior to you lowering the drawbridge. This isn't always the case though, and has been found further into it. It depends on if you want to sink more time into exploring the map or not.

Once you enter, you'll need to fight a group of mobs. It's not too difficult, and once you finish all of them off you will get access to the scroll to unlock Arch Haven!

To unlock the Underhalls, you will need to travel to the Highblock Halls. What we know about this one is that it always spawns between two shields. The left shield you see will look like it's jutting outward a bit. You can interact with it to push it inward which will open up the area you need to go in for the scroll.

This one is the easiest because it appears to spawn pretty much every time you load the level. It's also very early in the map, so just look for the following location and hit the shield: 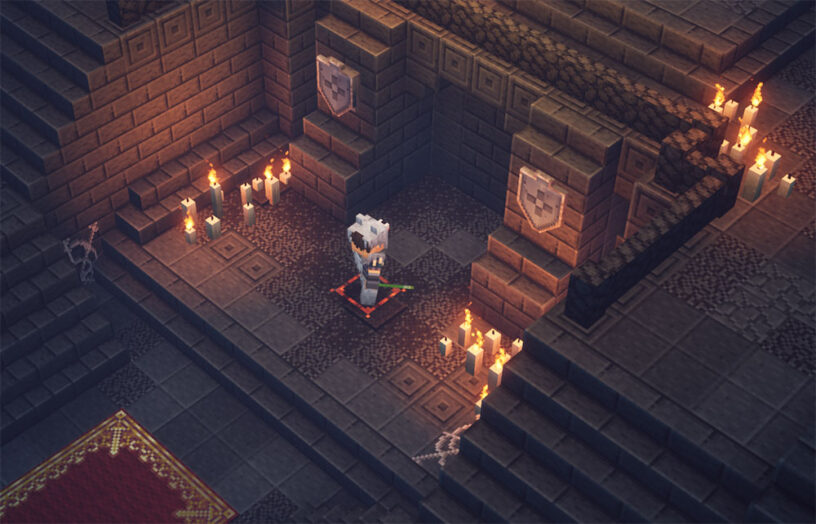 The main difficulty with this one is that it's pretty easy to get swarmed by monsters in the area, so try to just slay them before heading in rather than rushing through them!

As I mentioned before, there's another secret level you can get access to! This is the ??? Level that requires you to locate 9 different runes, one rune per main level of the game. You can only start to acquire these once you've completed the game in the starting difficulty!

To get these runes, you need to find specific switch locations that unlock a rune area where you can collect the rune itself. This can be a bit hard to describe, so here's a video that will guide you through the process:

Once you collect all those runes you will find yourself a new place you can fight in called the ??? Level. This is inspired by Diablo 2 which had a secret level in it that allowed you to fight a bunch of cows.

If you have the official guide to Minecraft Dungeons, then you might have heard of the Lower Temple. This is supposed to be another unlockable level that you can find, but so far no one has been able to unlock it. It's possible that it didn't make it into the game yet and will be added in a future update. We'll keep an eye out for any additional information on this!