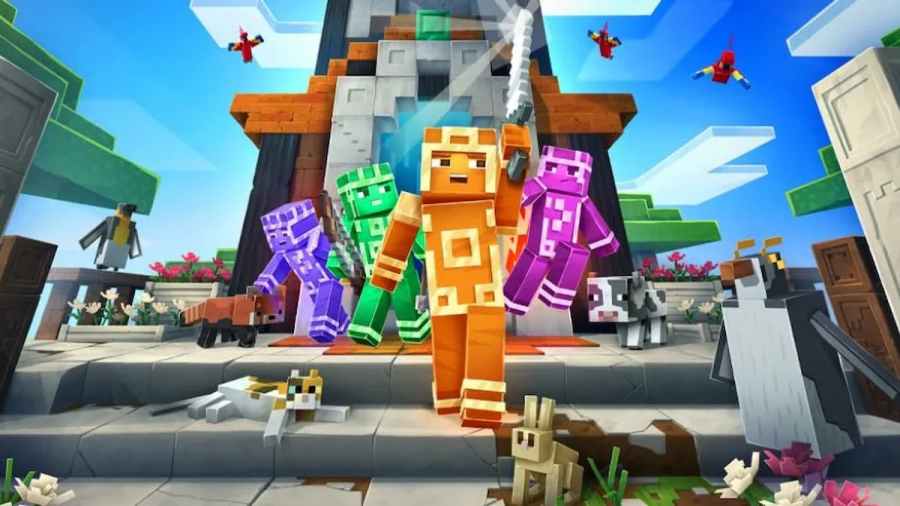 With Minecraft Live 2022 around the corner, it's no surprise to see some new content introduced to almost every Minecraft title. That's the case with Minecraft Dungeons, which announced a new seasonal adventure entitled the Fauna Faire. The announcement was posted on the official Minecraft website.

This new season event arrives on October 19 and will bring new ways to play Minecraft Dungeons and customize your characters. However, while we know the update's name, it's currently uncertain exactly what the Fauna Faire will entail.

However, we have had some sneak peeks, and the update's theme is pets and mobs. So expect to see plenty more familiar Minecraft creatures in the game, as well as some new ones, including roosters, red pandas, and varieties of penguins.

What’s more, the update will expand the already engaging multiplayer Tower game mode. The number of players able to take part has been increased to four, and a lot more teamwork is needed to clear this challenge. This brings Minecraft Dungeons closer to the game's arcade version, which already features four players.

There’s also the new Enchantress merchant, which allows you to re-roll properties on gear and some new gear in the form of the Treetop Tangle sets. However, all of this is just a preview, and for a full look at what will be featured in the update, Mojang suggests tuning into Minecraft Live on October 15.