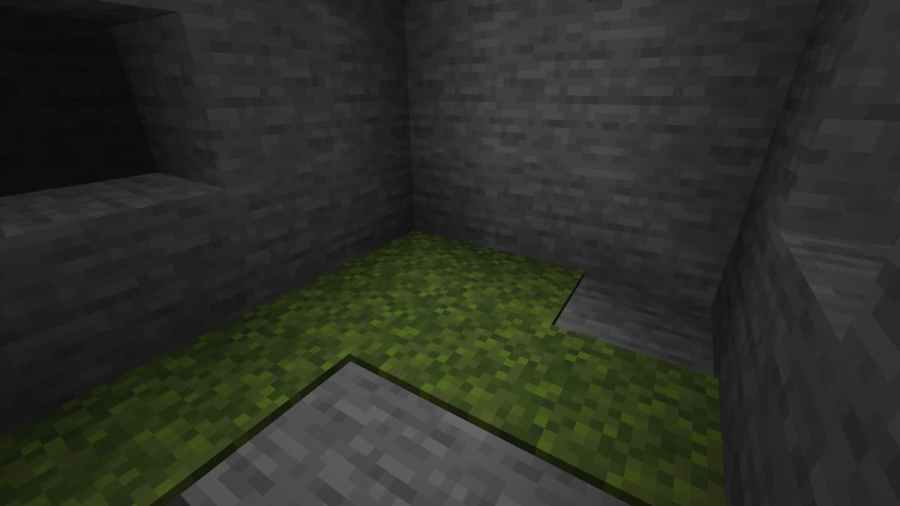 Moss Carpet is an item in Minecraft that can be used for many decorative ideas. There are plenty of ways to get your hands on Moss Carpet, from naturally generated areas in Lush Caves to crafting the item yourself.

Moss Carpet naturally generates in Lush Caves, an underground biome that launched with the 1.17 Caves and Cliffs update part one. Players will know they have stumbled upon an underground Lush Cave as cave vines hang from the ceilings while moss covers the floor and ceilings.

More specifically, Moss Carpet grows along the Lush Caves floors. Moss Carpet can be picked up using any tool, so you don't need anything specific to mine the material. But, since you're exploring the caves it's best to come equipped with survival materials like armor and weapons to ensure a safe journey.

Related: Where to find Goats in Minecraft

Alternatively, you can generate even more Moss Carpet by using bone meal on a moss block. This causes the Moss Block to spread further throuhgout its immediate surroundings, and this can be performed above ground or underground. If you need tons of Moss Carpet, you can even create a bone meal farm that generates moss automatically.

How to get Moss Carpet in Minecraft