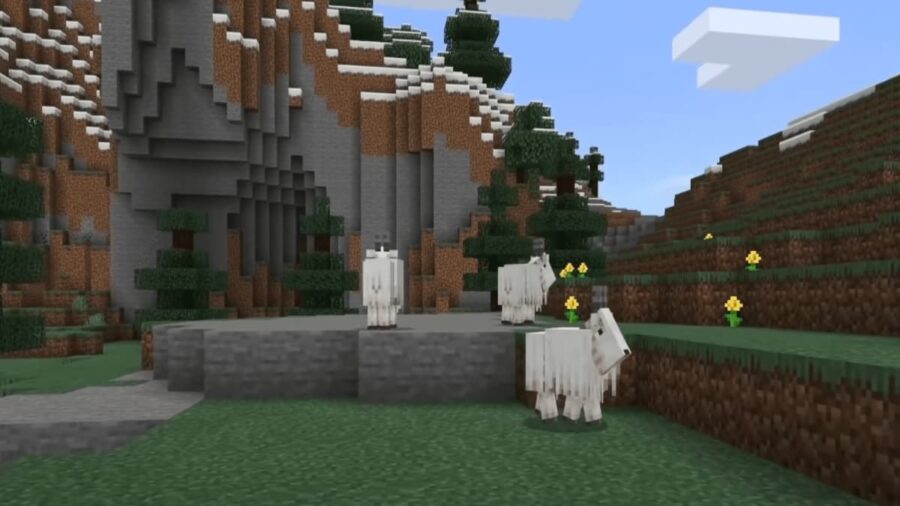 In short, if you are trying to find goats in the recent update for Minecraft, you will need to search mountain biomes towards the tallest peaks of mountains and around the surrounding hills next to them. This is because goats have a tendency to spawn around mountains, so you better get climbing if you want to find some.

However, why would you even want to find a goat? Well, it's simple actually goats can mainly offer a new source of food called mutton but also milk if you milk them with a bucket.

But that's the best thing, the goats will also have a new loot drop called a goat's horn. This item is basically just a horn, but it most notably makes the same horn sound players can hear during raids.

If this sounds like your sort of deal, stop before simply slaying the first goat you see. This is because you can't get the horn by merely killing the goat. You will instead need to cause the goat to ram into blocks instead.

For more on Minecraft, check out Where to find Glow Squids in Minecraft and How to kill the Warden in Minecraft

How to update Minecraft Bedrock on PC?

Rumor: New Minecraft games are reportedly being made!