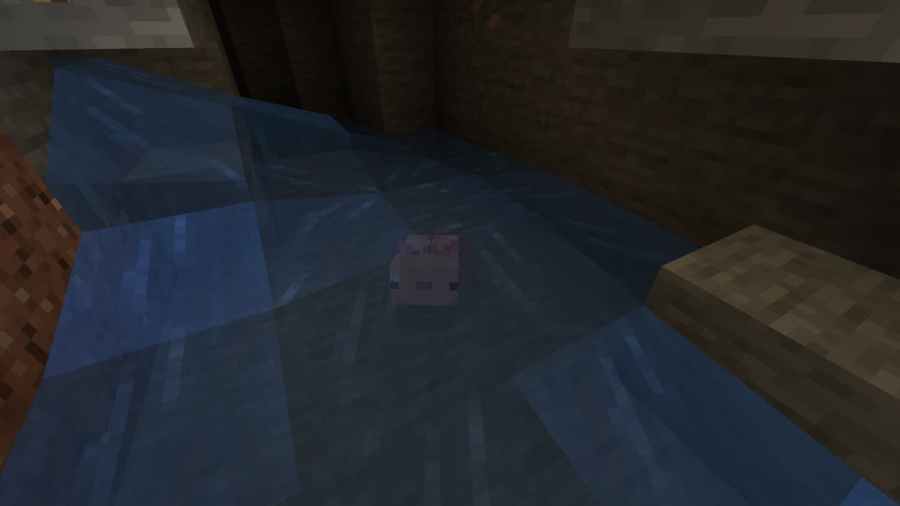 While exploring a cave, the player might stumble upon an Axolotl, a passive mob that spawns in underground water. Axolotls are useful for attacking other underwater mobs like fish, squids, and drowned , and they provide additional effects to the player after a battle. Although the player cannot tame an Axolotl, these creatures can still be transported anywhere using a bucket of water.

With a bucket of water in hand, approach the Axolotl and right-click to scoop the creature into the bucket. Your bucket of water will then become a Bucket of Axolotl, which allows you to transport the amphibious mob wherever you travel.

Related: How to make a Sculk Sensor in Minecraft

Even if the Axolotl isn't loyal to the player, they can still be bred by feeding the Axolotl buckets of tropical fish. There is even a slight chance that the bred Axolotl will spawn with a blue color due to a mutation. For these reasons we recommend constructing a pool near your home or regular spawn point. The Axolotl can be transferred to the pool and you can breed them at your will.

Because Axolotls aren't always easy to find underground, it's best to have a bucket in your inventory if you have never picked up this mob. That way you can take the Axolotl back home and you won't need to specifically search for one in the future.

Keeping an Axolotl on hand or close by provides additional benefits against mobs. If the player killed a mob that the Axolotl was already fighting, the player will earn a regeneration effect. Moreover, if the player had mining fatigue, the Axolotl will remove the effect from the player after the mob dies.

Axolotls cannot survive on land for very long. They move much slower on land as opposed to water and will take damage on land after a few minutes. The mob will attempt to crawl toward the nearest water source but will die after about five minutes on land.

How to tame an Axolotl in Minecraft