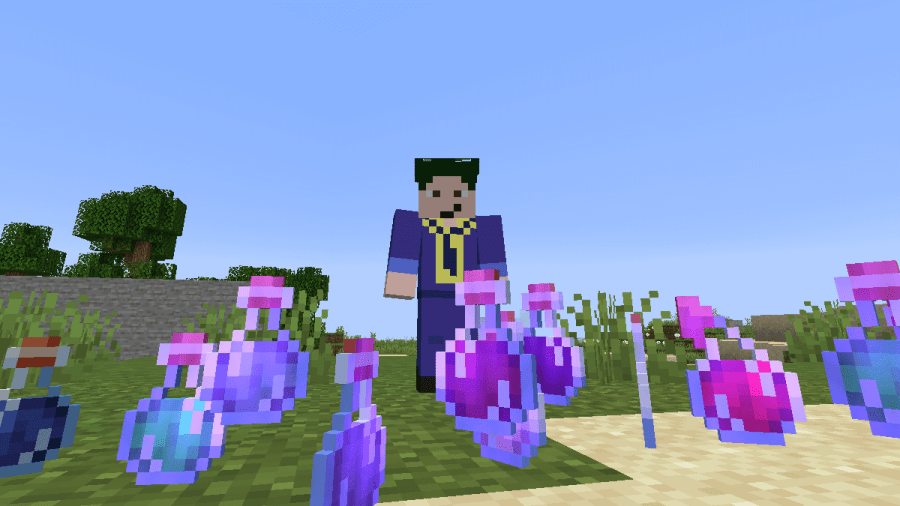 As with many games, Potions add a degree of flair and fun to Minecraft, but also add a complicated hierarchy of recipes to memorize. The plus side (or to some, the downside) is that all potions must be crafted using specific recipes and there is no mixing and matching necessary to see what other potions you can create.

Since all Minecraft Potions follow specific recipes and steps, brewing them is a fairly straightforward process. Except for the Potion of Weakness (which is explained at the end of this guide), there are four basic items that are necessary for all of them: a Brewing Stand, Water Bottle, and Nether Wart, and Blaze Powder. We're first going to explain how to use these items to start your potion. Further down in the guide, you'll find the recipes for all potions.

How to Brew in Minecraft

How to build The Brewing Stand 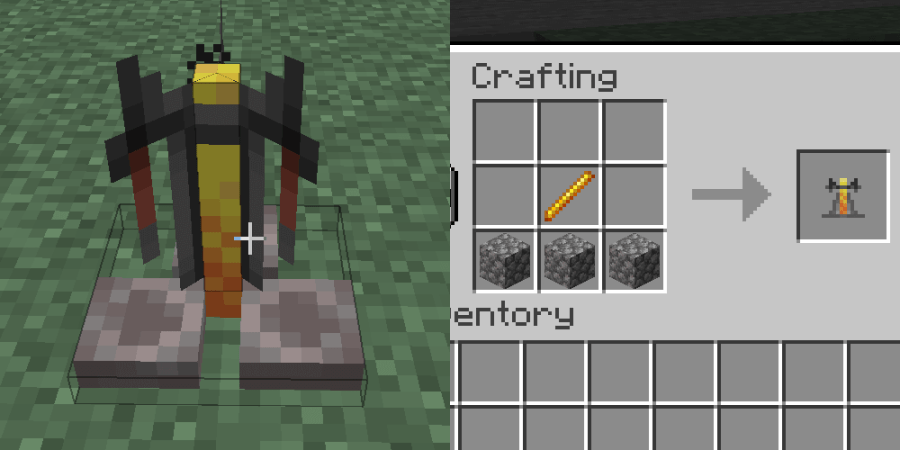 In the image above on the left, you'll see our Brewing Stand. This is where you will perform all your alchemy in the game. On the right, you'll see the crafting recipe for the Brewing Stand, which comprises just three Cobblestone and one Blaze Rod.

This is your first step to brewing. Craft the Brewing Stand and place it anywhere you'd like. We placed it in the grass outside — for fresh air, of course. Brewing potions can make the air musty.

How to make The Awkward Potion 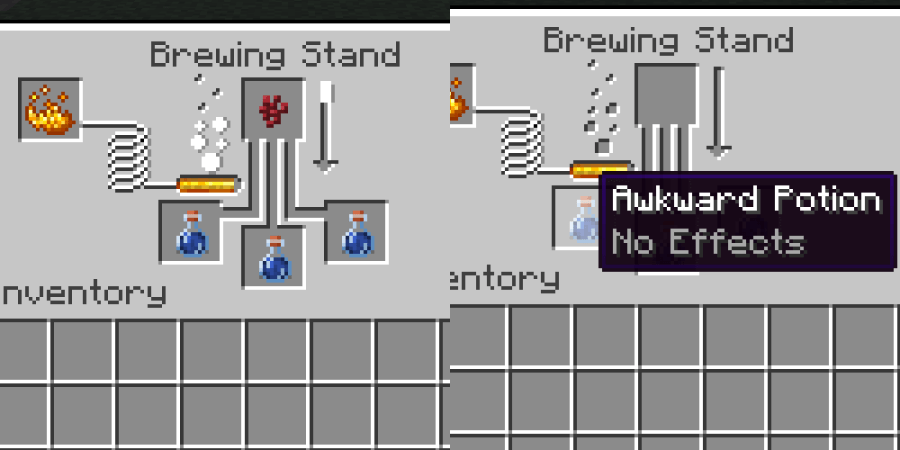 Now it's time to take the rest of the ingredients we mentioned above to make an Awkward Potion. The image above shows you the placement for all the materials inside the Brewing Stand. Open the Brewing Stand by pressing the secondary action button/key.

Place the Blaze Powder in the slot on the top left. It will automatically disappear, and you'll notice the fuel bar in the Brewing Stand is now filled. This is fuel for brewing. Once this bar is empty, you'll need another Blaze Powder to make more potions.

Place the Water Bottle(s) in the slots on the bottom. For efficiency's sake, it's strongly recommended that you put in three bottles at a time. You can do just one or two, but the fuel burns at the same rate with every brew.

Finally, place the Nether Wart in the slot on the top. As soon as all objects are in place, the Brewing Stand will start animating its brewing process. You can use the bar to the left of the Nether Wart to determine how far along this brew is. Once it fills up all the way, you'll see the Water Bottles have become Awkward Potions!

This is the basic process for brewing. Going forward, you will always use the same process and materials, except for the Nether Wart. The Nether Wart is only used once to make the Awkward Potion. To make the different potions in Minecraft, you'll have to place different ingredients in the top slot. 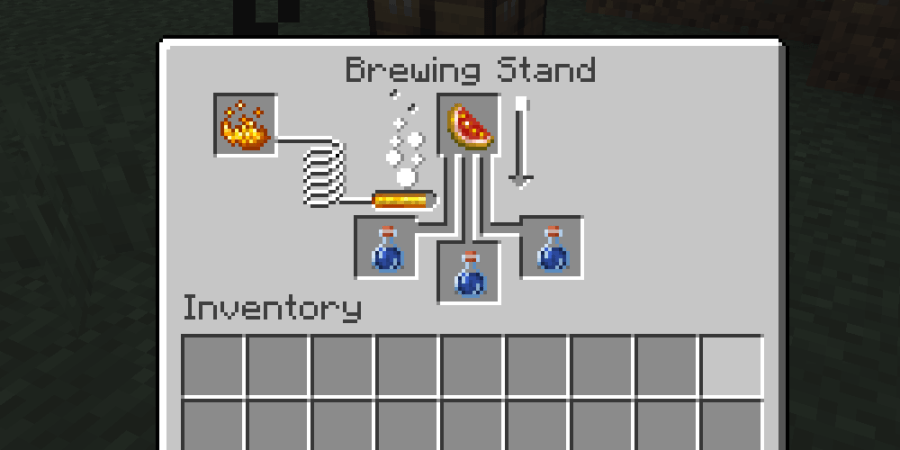 As stated above, you will almost always need an Awkward Potion as your base for any of these potions, with the one exception being the Potion of Weakness. You will always use the process above to brew your potions with each of the ingredients listed below. 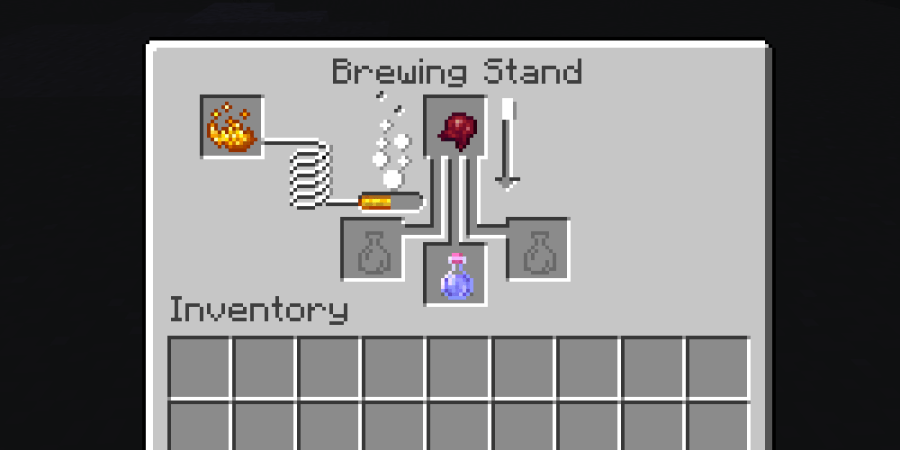 The following potions can be considered alternative versions of the potions listed above. You'll need to first brew one of the above potions, then alter it with a Fermented Spider Eye. You can alter potions by placing them where you would normally place the Water Bottle in the Brewing Stand, then adding new ingredients.

Some potions can be altered to increase the time or potency of their effects. This is a straightforward process, but you can only increase one or the other, not both. 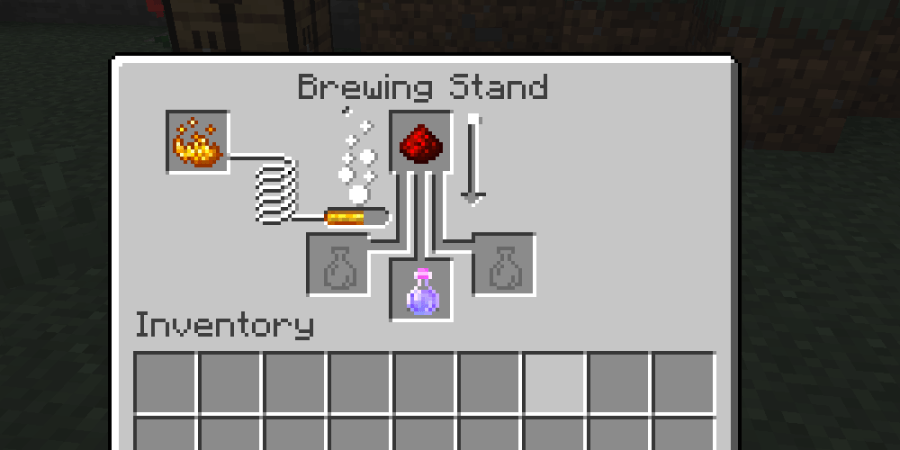 To extend the time that the potion affects you, you will add Redstone Dust as the next ingredient of the potion. The following potions can have their time increased if you brew them with Redstone Dust. 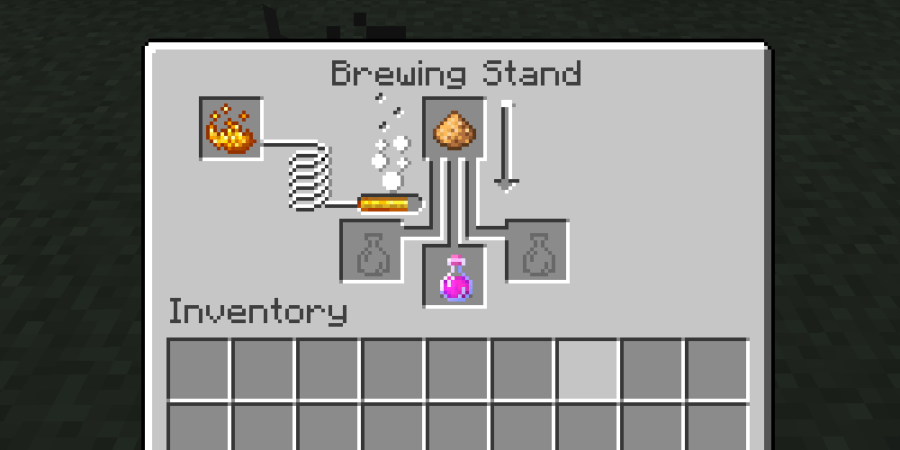 Related: All Minecraft Music Discs and How to Get Them - Pro Game Guides

The last thing to know about potions is that you can turn them into Splash Potions and Lingering Potions. These are variants of the original potions that are thrown to cause effects on players that fall within their range of effect.

How to make Splash Potion in Minecraft 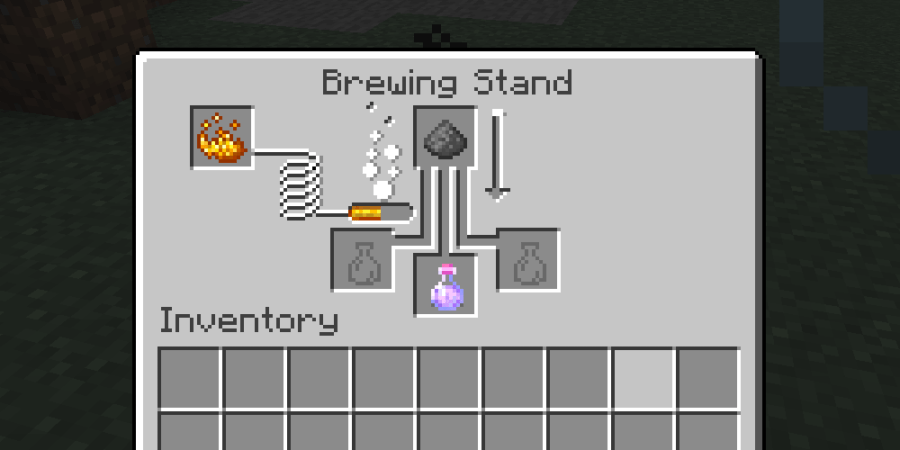 Splash potions can be thrown and create an area of effect that affects all players and mobs in range. Any potion can be made into a splash potion by adding Gun Powder as the next ingredient. Once thrown, the potion breaks and can not be collected again.

How to make a Lingering Potion in Minecraft 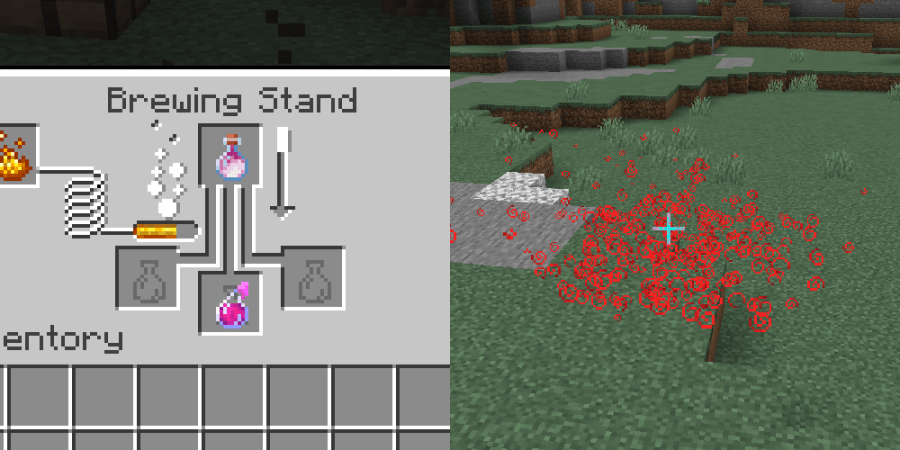 The lingering potion starts off with a radius of 3 blocks and decreases to 0 blocks over 30 seconds. If a player walks within the area of effect, the effects of the potion are applied for one-fourth of the time of the potion’s normal duration and the lingering potion's radius immediately drops by half a block.

If the potion does not have a duration and instead causes instant effects, the potency of the effect is half of the strength of the potion's standard potency.

This covers everything you need to know about potions and their recipes. We will update this when new potions are added or the mechanics change, so be sure to check back with every major update!

Now you know potions, but do you know banner patterns? Check out our guide on How to Make All Banner Patterns in Minecraft!