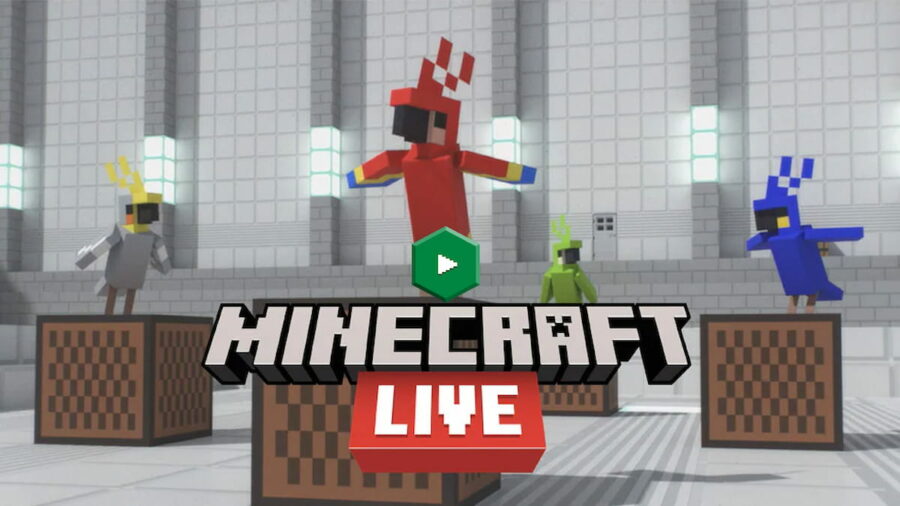 Minecraft Live events are always on the minds of Minecraft's hardcore fans. With the successive mob votes and biome reveals, the event has become the place to discover what the future of the game is going to be like. We’ve got all the details, rumors, and information below regarding Minecraft Live 2022.

As of the time of writing, the date for Minecraft Live 2022 hasn’t been revealed, but we do know that there will definitely be a Minecraft Live this year. It’s likely to take place in October. Minecraft Live 2021 took place on October 16 and unveiled much about the 1.19 update to the game. We'll update this guide accordingly once we know more.

While we don’t what this year's Minecraft Live will entail just yet, fans can start to set their expectations. Popular Minecraft YouTuber Xisumavoid suggested recently that Minecraft update 1.20 should be the “Inventory Update.” We also know there’s a bunch of features in the works that have been delayed, such as Bundles, Fireflies, and other mobs. There were also planned updates to Swamps and Birch forests that Minecraft has yet to deliver. We may see one or some of these features discussed at Minecraft Live 2022.

In June 2022, keen-eyed community members spotted an update to the Chinese version of Minecraft Bedrock edition. After being translated, they revealed a list of the text on every single button in the game. Near the bottom of the list were several references to Minecraft Live, including a “Starts in…," “Ends in…," and most interestingly, “The time has come to add a new mob to Minecraft, and the choice is yours” button.

The implication from all this is that Minecraft Live 2022 will somehow take place in-game in Minecraft Bedrock edition. What’s more, the mob voting will likely take place in Minecraft Bedrock edition as well. This would be a welcome change from the previous votes, which took place on Twitter, making them highly susceptible to being manipulated. If the info is real, all votes will have to have a Minecraft account linked to them. Additionally, this offers another reason why Java edition players were given Minecraft for free earlier this year.

Beyond this, the alleged leak suggests the a World Recovery system is being added, as well as some expanded editing tools in game. While these presumed leaks are of interest, readers should take them with a grain of salt until info is confirmed by Mojang.

For more Minecraft news, guides, and information, check out How to build an AFK fish farm in Minecraft on Pro Game Guides.