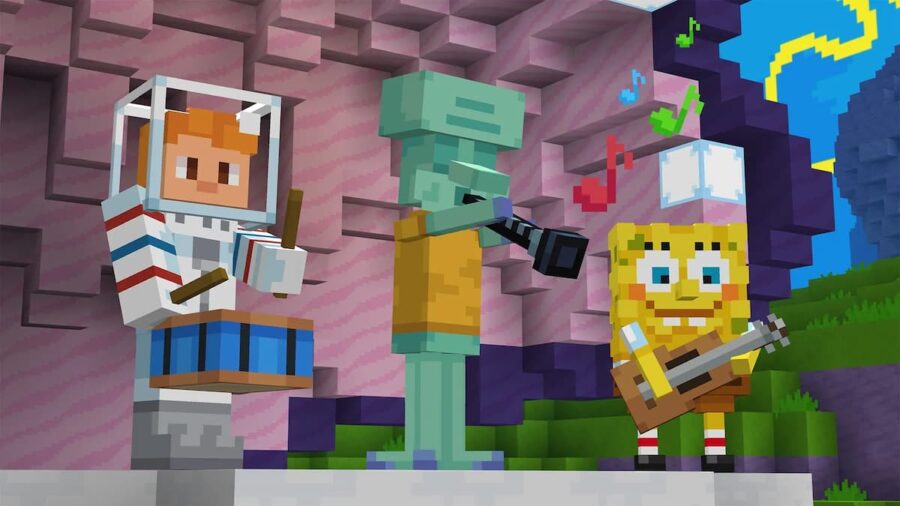 Nautical nonsense, as it is referred to in the TV show's theme song, is exactly what you can expect in the new Minecraft Spongebob DLC. Mojang has dropped this pack with little notice, leaving fans in surprise and scrambling to get their hands on it. Here's everything we know about the crossover DLC.

How much will the Minecraft Spongebob DLC cost?

What will be included in the Minecraft Spongebob DLC?

The Minecraft Spongebob DLC comes with quite a few items from the aquatic franchise. Here is an overview of what you get within the DLC after purchasing it:

Related: Mojang says there will be no NFTs in Minecraft

What is the Minecraft Spongebob DLC about?

The brand new crossover DLC is centered around the famous Nickelodeon cartoon, Spongebob Squarepants. Players are transported to the underwater world of Bikini Bottom, only it has been transformed into the iconic block style of Minecraft. This DLC seems to be meant for nostalgic and aesthetic purposes primarily, meaning we don't see much in the way of new gameplay. Players who are looking for new skins and world assets will likely enjoy this extra content.

What is the release date for the Minecraft Spongebob DLC?

Uniquely, Mojang released the trailer for the DLC on the same day it was released. This came as a bit of a shock to some players since it is typical to release a trailer quite a while before the release of game content. The Minecraft and Spongebob crossover DLC was made available to the public on July 26, 2022. It seems there was no pre-order period available for players, due to the immediate release of the title.

Want to read more about Minecraft? If so, check out Best Minecraft Superhero Mods (2022) on Pro Game Guides.