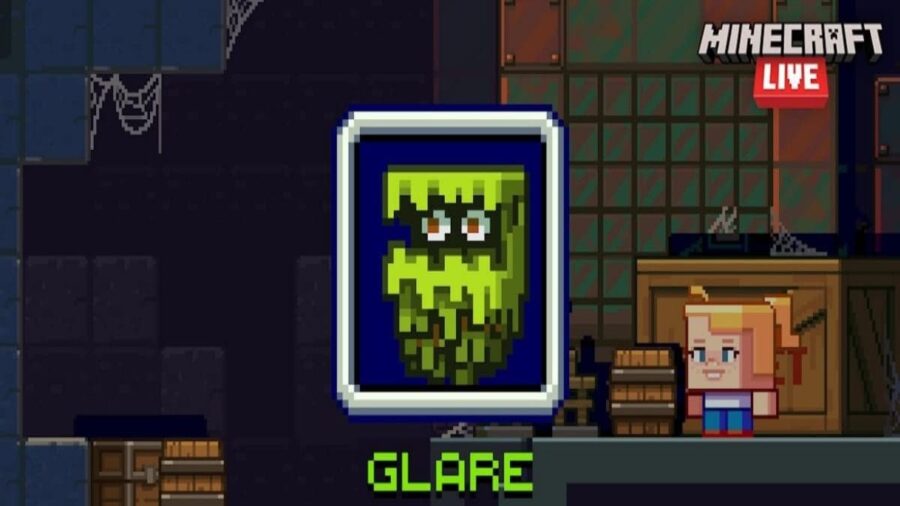 The Glare is one of several potential mobs Mojang could add to Minecraft with the 2021 Minecraft Mob Vote.

The creature is described as a helpful little green box-like creature that can alert players when they are in an area dark enough for hostile mobs to spawn.

A Glare will fly into dark areas and start acting "grumpy," alerting the player with key sounds when they are in a place dark enough for monsters.

Players can also take the glares with them and presumably deploy them when they want to know if a dark cave or an area is dark enough for a hostile mob to spawn.

Related: Minecraft Bastion Remnant Types and where to find gold

That said, the Glare is one of many new mobs that might get added with the 2021 Minecraft Mob Vote. If you want to vote for the Glare, you will need to tune into the Minecraft event on October 16 and vote via Twitter.

How to watch Minecraft Live?

To watch the Minecraft Live event, you will need to tune into the official Minecraft Youtube account on October 16. During the event, the Mob vote will take place, and players will vote for the Glare and other potential mobs.

For more on Minecraft, Pro Game Guides has you covered with a massive and ever-expanding catalog of guides.