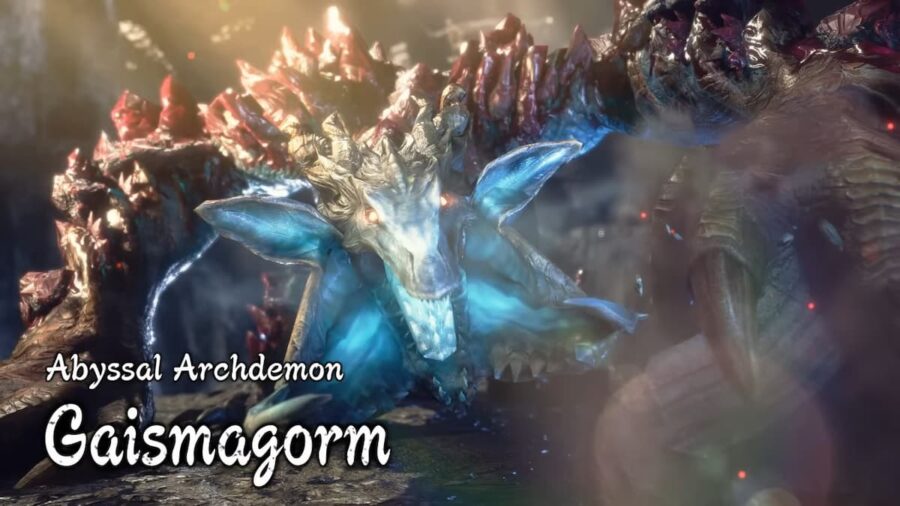 Monster Hunter Rise Sunbreak is the expansion to Monster Hunter Rise. Not only does it add numerous new monsters, but it also adds a myriad of new materials, new armor, and weapons that will help you defeat new foes. Gaismagorm is the strongest monster in the Sunbreak expansion, so you'll need to know his weaknesses, resistances, & drops in MHR Sunbreak.

All Gaismagorm information and weaknesses in MHR Sunbreak

A gargantuan monster living in the darkest depths since ancient times, Gaismagorm's rock-like forearms boast tenacious strength, which allows it to burrow undergournd. It has a symbiotic relationship with the Qurio and feeds on their life force for energy. Once it has chosen a place to nest, it collapses the surrounding rock bed to create an opening to the surface. The opening forms a massive crater in which it releases the Qurio through.

There are a few options against Gaismagorm. First, you should use anything with Dragon. If you don't have Dragon, use Thunder with Fire as a final resort. Gaismagorm is immune to Water and Ice. When using elemental weapons, concentrate on the head foremost, then Neck, Abdomen, and Wingarm second. If you are playing with other people, split locations up between you.

Both Blunt and Cutting weapons are great against Gaismagorm, but Cutting damage is slightly ahead. If you use Hammer/Hunting Horn, purely focus on its head. Gunners should back them up. Cutting wielders should concentrate on the Tail, then move to the head once it's been sliced off.

There are numerous ways to get monster parts, but it revolves heavily around a percentage system, which is ultimately RNG. You may get a rare item or none at all.

For picking up the monster drops, you can obtain the following: Abyssal Dragonscale 34%, Consumption Parasite 25%, Abyssal Dragonsphire 1%, and Old Dragon Treasure 40%.