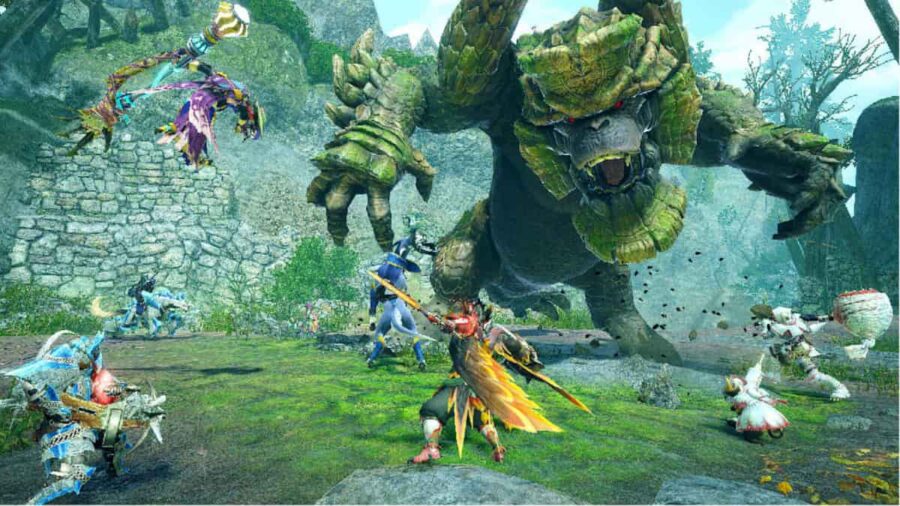 Prepare for another perilous journey into the world of Capcom's Monster Hunter. As ever, it's not always clear who is prey here. That is even more true just by looking at new creatures coming with the Sunbreak expansion. Now more than ever, you must be on top of your game to stay alive, let alone defeat a gigantic beast!

With the new menagerie of creatures, you are probably wondering what is the strongest monster in MHR Sunbreak? The answer is not that simple, as every hunt requires different preparation and battle strategy. What is hard for someone is easy for someone else, especially if you're an experienced monster hunter. But, when you're talking about the strongest MHR Sunbreak monster, one does come to mind.

Which Monster Hunter Sunbreak monster is most dangerous?

Gaismagorm is arguably the strongest monster in MHR Sunbreak. There's a good reason why this creature is called Abyssal Archdemon. This ancient one comes from the earth's darkest corners, ready to devour those foolish enough to hunt it. In a fight, try to evade its mouth and focus on the arms.

Keep in mind that Gaismagorm is an elder dragon tied to Qurio, which makes him even more dangerous. Although this is probably your toughest opponent, other hunts are far from easy. During your adventures, you'll fight some of the most brutal monsters you have ever seen in Monster Hunter games. Just look at the list of monsters you'll need to take out, and you'll get the picture.

Every beast has its strengths and weaknesses, and that is what makes the hunt fun. It takes preparation to hunt down these monsters. Just look at this impressive list:

For more information regarding Monster Hunter Sunbreak expansion, check out guides like How to get Eurekacorns in Monster Hunter Rise Sunbreak, How to get Steel Gajau Whiskers in MHR Sunbreak, and Shogun Ceanataur weaknesses, resistances, & drops here on Pro Game Guides.

What is the strongest monster in MHR Sunbreak?