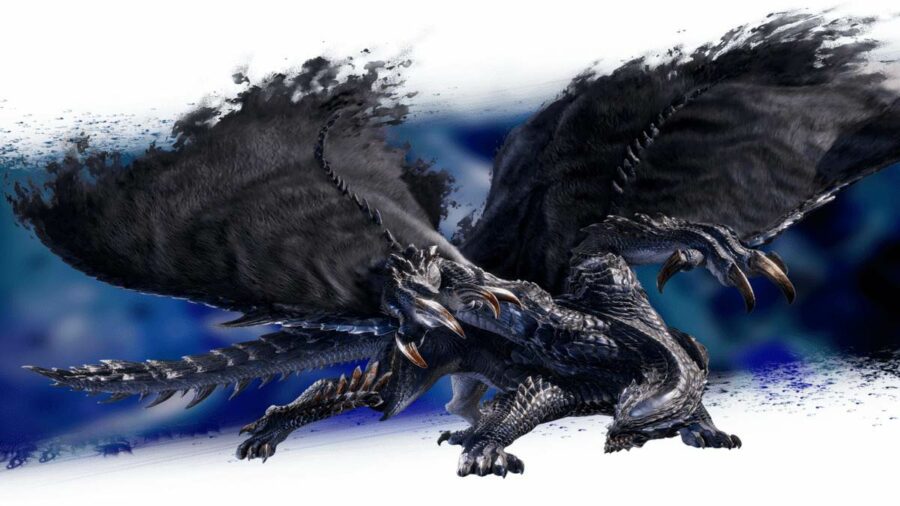 Monster Hunter Rise Sunbreak is a vast expansion that features many more monsters for you to take down and carve for materials. One such beast is Gore Magala, who you may remember well. This blind Elder Dragon inflicts frenzy on you, which was a new ailment at the time, but they got worse when Shagaru Magala appeared. Here are Gore Magala's weaknesses, resistances, & drops in Monster Hunter Rise Sunbreak.

Gore Magala possess wings with a black, shroud-like membrane. They lack visual receptors, and to make up for this they heighten their senses by scattering scales from their wings to ascertain the locations of lifeforms. At the peak of their senses, feelers extend from their head, their wings unfurl, and they become frenzied.

By this point, the Gore Magala have used their scales to precisely detect where its opponents may lie. In their frenzied state, Gore Magala are known to slam into the ground powerfully enough to cause the earth to rupture and protrude, use their massive claws to attempt to subdue foes or prey, or unleash a variety of other devastating attacks.

As elemental weapons go, Fire and Thunder are what you should use. That said, Dragon is close behind and even beats both of those when attacking Gore Magala's antenna. It's pointless using Water; it doesn't do any additional damage.

For Gore Magala, cutting reigns supreme. Cutting weapons focus on the head and antenna, especially if you are using Dual Blades. Blunt weapons attack the legs of the beast, and Ammo weapons aim wherever you can.

Zero stars mean it is immune to that ailment, while three stars mean it's highly effective against that monster. Gore Magala is resistant to most ailments, so inflicting Fireblight by throwing a Firebeetle and using Blast is the best option against the fierce beast.

There are considerable ways to get monster parts, but it revolves around a percentage system, which is ultimately RNG. You may get a rare item or none at all—it's very luck-based.